“Can we talk?” Joan Rivers always asked audiences, and by this she meant, Can I talk about life’s biases and prejudices–mine? For more than half a century, first as a pioneering stand-up comedian, then as a defiant survivor, she spoke skewed truth to power and, in doing so, became her own potentate and garishly fossilized icon. She could have been a ranting bag lady, if the lady were as funny as she was rude and the bag was from Gucci.

Rivers, who died Sept. 4 at 81 in New York City after complications from throat surgery, created her look and legend as much as plastic surgeon Steven Hoefflin did. She made fun of herself–her homeliness as a child, her flat chest, those layers of cosmetic archaeology–and everyone else, from Bo Derek to Tom Cruise. “I succeeded,” she said, “by saying what everyone else is thinking.” Everyone else, that is, with a wicked mind and an agile tongue.

Born Joan Alexandra Molinsky in Brooklyn, she got her big break on Feb. 17, 1965, when she first appeared with Johnny Carson on The Tonight Show. For Rivers, every challenger, including the younger female comics, deserved to be whupped in a cage match. “They all come up to me and say, ‘Without you, I couldn’t be here, the barriers you broke down.’ I say, ‘Get the f-ck away from me. I still could take every one of you with one hand behind my back. Outta here. Talk like that at my funeral, but not till then.'”

Let the eulogies from her admirers and victims begin now. Let them speak of her caustic wit, her acute timing and her understanding that comedy at its sharpest is not an anesthetic but a defibrillator. If Joan Rivers can no longer talk, she deserves to be talked about forever. 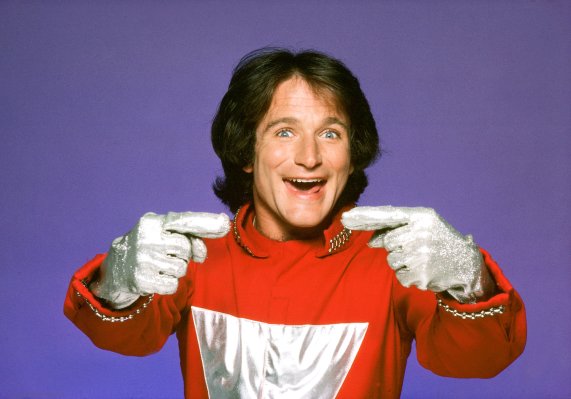 Brains Behaving Badly: Why So Many Comedians End Up Self-Destructing
Next Up: Editor's Pick