The first U.S. war against Iraq began in 1991 with 37 days of nonstop bombing. The second Iraq war unleashed 2,500 air missions in the first 24 hours in 2003. The third Iraq war—declared by President Barack Obama in an address to the nation Wednesday night, where he expanded it to include Syria—is trading “shock and awe” for what Obama says will be a “comprehensive and sustained” military campaign.

Those first two wars were against Saddam Hussein and his forces. This third conflict is against the Islamic State of Iraq and Greater Syria, a group of perhaps 10,000 dedicated Islamist terrorists who have proclaimed an Islamic state the size of Britain that straddles large chunks of both Iraq and Syria.

Will a small-bore and prolonged mission—perhaps three years, according to some Pentagon officials—get the job done?

Initial reaction from military experts was mixed. Tom Donnelly, a defense analyst at the American Enterprise Institute, a conservative think tank, termed the President’s words “very thin gruel.” Donnelly focused on what he saw as the mismatch between rhetoric and reality.

“It was not a go-to-war speech, and it’s anomalous, to put it euphemistically, to describe ISIS as evil—which he did in all but name—and a grave threat to Americans and their interests—which he did explicitly—but to recommend a drawn-out campaign of pinprick airstrikes and a ground effort that will be paced by a very divided Iraq and a Syrian opposition,” Donnelly said.

David Barno, a retired Army lieutenant general, expressed more optimism. “President Obama’s announcement signifies what looks to the next phase of the `long war’ that began 13 years ago,” said Barno, now with the Center for a New American Security. ISIS “will have no safe havens in the region from U.S. attack.”

But an Air Force air-power expert said he didn’t hear enough nuts-and-bolts from Obama to be able to judge the expanded campaign’s chances of success. “The devil is in the details,” said David Deptula, a retired lieutenant general who commanded the air war over Afghanistan in its early days. “Airpower needs to be applied like a thunderstorm—not a drizzle—24/7 constant over-watch, with force used against every move of [ISIS] forces and personnel.”

Waging war against a non-state actor—even if it has declared the creation of what it calls the Islamic State—requires a different strategy than the earlier wars. Obama detailed a multi-pronged offensive against ISIS that will boost by 50% the nearly 1,100 U.S. troops defending U.S. interests in Iraq (475 more are now headed to Iraq, the Pentagon said after Obama’s speech).

The plan could double or triple the average of five daily airstrikes the U.S. has launched against ISIS targets in Iraq over the past month from Air Force and Navy warplanes, as well as unmanned drones. Obama also announced plans to train and equip the more-moderate rebels inside Syria who have been battling both ISIS and the government of Syrian dictator Bashar Assad.

As of Wednesday, the U.S. had conducted 154 attacks on ISIS targets over the past month, destroying or damaging 162 vehicles, including a pair of tanks. While that number may seem modest, the truth is that ISIS doesn’t have a large army. And what it does have has been able to flee into Syria “with impunity,” a senior Administration official conceded.

No longer, Obama said: “I will not hesitate to take action against [ISIS] in Syria, as well as Iraq.” A serious air campaign will eliminate the Syrian sanctuary and make it difficult for ISIS forces to move or mass without risking death from the skies.

Obama is betting that the American public will support a long-range strategy that grinds down ISIS a single bomb or missile at a time, so long as it risks few U.S. lives and shows signs of progress. “Our ultimate goal is to destroy the organization,” a top Obama national security aide said. “It’s a long-term proposition.”

Senior Administration officials took pains to explain to reporters just before Obama’s speech how different his war is from the earlier pair in Iraq and Afghanistan. They likened it to the below-the-radar anti-terror campaigns the U.S. has been conducting in Somalia and Yemen with scant public attention.

They suggested strikes against targets in Syria might not happen until solid intelligence can pinpoint ISIS targets worth hitting. “The U.S. military is ready to conduct direct action against [ISIS] targets in Syria,” a senior Pentagon official said after the speech. “Decisions about when to conduct these actions will be made at a prudent time as we continue to prosecute our comprehensive strategy against these [ISIS] terrorists.”

Vexing challenges remain. Building the moderate Syrian rebels into a fighting force capable of prevailing over ISIS will be tough, given the beating they have endured over the last three years of the Syrian civil war. Administration officials declined to say what nations, if any, would join U.S. warplanes in striking ISIS targets, suggesting allies share the leeriness of a growing number of Americans over Obama’s go-slow approach to ISIS.

Until Tuesday, the air attacks had been limited to attacking ISIS targets inside Iraq that threatened U.S. interests or risked humanitarian catastrophe. But such niceties have now been scrapped. “We are lifting the restrictions,” a senior Administration official said shortly before the President addressed the nation, “on our air campaign.” 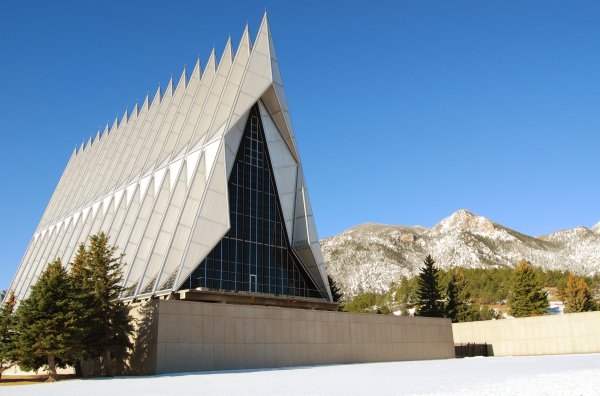