President Barack Obama will pledge a “relentless effort” to “destroy” the Islamic State of Iraq and Greater Syria (ISIS) “wherever they exist” on Wednesday night, laying the groundwork for the United States to go on offense against the militant group in both countries.

In his first prime time address to the nation in a year, Obama will try to make the case to the American people that ISIS is a threat to the broader Middle East and to the U.S., outlining expanded diplomatic and military campaigns to tackle ISIS.

“So tonight, with a new Iraqi government in place, and following consultations with allies abroad and Congress at home, I can announce that America will lead a broad coalition to roll back this terrorist threat,” Obama will say, according to excerpts of the speech released by the White House. “Our objective is clear: We will degrade, and ultimately destroy, [ISIS] through a comprehensive and sustained counter-terrorism strategy.”

Over the past month, the U.S. has conducted more than 150 airstrikes against ISIS targets in Iraq with the limited authority to protect American facilities and provide humanitarian relief. Obama will signal the expansion of those efforts to a campaign “to take out [ISIS] wherever they exist using our air power and our support for partner forces on the ground.”

“This strategy of taking out terrorists who threaten us, while supporting partners on the front lines, is one that we have successfully pursued in Yemen and Somalia for years,” Obama will say.

No American troops will be involved in direct combat against ISIS on the ground, Obama will reaffirm, but more than 1,000 U.S. forces are in Iraq protecting American facilities and advising and training Iraqi and Kurdish forces.

Secretary of State John Kerry is traveling the region this week to build the international coalition Obama is seeking to take on ISIS. At the meeting of the North Atlantic Treaty Organization in Wales last week, Obama secured the support of many U.S. allies to assist in the effort against the group.

American officials have repeatedly said they are not aware of any active plots by ISIS against the U.S. homeland, but they are concerned by the thousands of foreign fighters, including more than 100 Americans, who are believed to be battling alongside ISIS and could return to the United States to carry out attacks in the future. 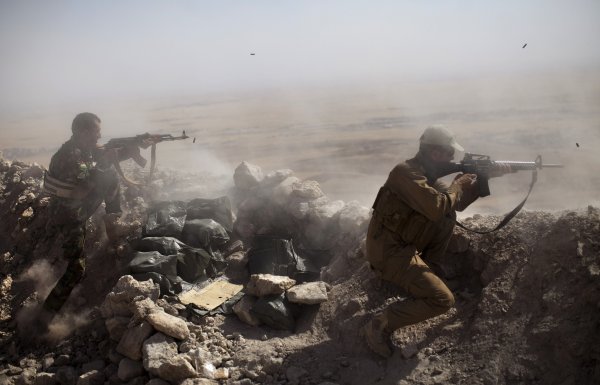