How Little Has Changed on Gun Control Since 1967

President Lyndon Johnson speaks to members of his advisory commission on civil disorders at the group's first meeting on July 29, 1967 at the White House in Washington.
WX/AP
By Lily Rothman

If you want a reminder of how little some things change in American politics, look no further than the modern discussion about gun control. On this day, Sept. 15, all the way back in 1967, President Johnson released a letter to Congress urging both houses to take quick action on gun control. Comparing Johnson’s letter to a more recent presidential text with the same topic — President Obama’s speech last April after Congress failed to pass the post-Sandy Hook gun control bill — reveals how much has stayed the same in how politicians talk about guns during the past five decades.

The most obvious similarity may be, to modern observers, the most surprising. Mass school shootings, like the one that took place in Newtown, Conn., in December of 2012, are often discussed as a tragedy of our time. Video games are blamed, for example, and few accounts refer to events earlier than 1999’s Columbine massacre. But they’re not actually a 21st-century tragedy: on Aug. 1, 1966, Charles Whitman — who appeared on the cover of TIME two weeks later — brought several guns with him to the observation deck of a 307-foot tower at the University of Texas, where he was a student. He killed 13 people and wounded 31 before being shot by police; later, police discovered the bodies of his wife and mother, whom he had killed before coming to campus. The Whitman shooting was the context for Johnson’s urgency when writing to Congress, and that’s the information with which he began his letter.

Then Johnson, like Obama would decades later, clarified that the people the bill in question would affect are people whom nobody wants armed. “There is no excuse,” Johnson wrote, for selling guns to “hardened criminals” and “mental defectives.” Likewise, “we’re talking about convicted felons, people convicted of domestic violence, people with severe mental illness,” Obama said.

Furthermore, both stressed that the bill wouldn’t even change all that much. Here’s Johnson in 1967: “[The bill’s] basic approach is to limit out-of-state purchases and interstate mail order sales of firearms.” Here’s Obama in 2013, with a modern take on mail-order problems: “All [the bill] did was extend the same background check rules that already apply to guns purchased from a dealer to guns purchased at gun shows or over the Internet.” (There was one big change here: while both are concerned with gun-buying by mail, Johnson’s bill was much stricter and would have stopped interstate mail order sales altogether.)

Then, both appeal to the law-abiding gun owners. “The measure now before Congress is aimed solely at keeping deadly weapons out of the wrong hands. It interferes neither with sportsmen nor law-abiding citizens with a legitimate need. This legislation will impose no real inconvenience on gun buyers,” in 1967, and “Nobody could honestly claim that [the bill] infringed on our Second Amendment rights,” in 2013.

Finally, both end with an appeal to the safety of “the American people” and a call for Congress to act. And for Johnson, at least, it worked: a Gun Control Act passed in 1968.

Read TIME’s 1968 cover story about guns here, in the archive: The Gun in America 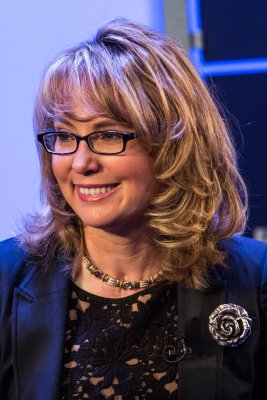 20 Years After VAWA, There’s Much More Work to Do
Next Up: Editor's Pick