The vehicle through which the Ray Rice drama unfolds is not a woman’s voice, nor an impartial justice system, nor the consistent, preemptive ruling of a major sports organization, but through a piece of technology that happened to be switched on. Video of Rice’s violent attack on his wife changed everything, even though the fact of the assault itself was always the same. Why should the footage matter at all?

It is human nature to have our outrage to many kinds of abstract wrongs waked up by vivid imagery. This has been the case from the impact of photographs of children fleeing the bombing in Japan at the end of the Second World War, to shots of the victims of the My Lai Massacre in Vietnam, to the iconic image of the hooded victim torture at Abu Ghraib. The power of images to awaken conscience has lead governments, institutions, and individuals to manage, limit, or even block their dissemination during times of conflict. Photographers are forbidden, for instance, from many areas of Guantanamo, even though documentation might simply convey the sadness of eternal imprisonment rather than pose any security threat; shocking images of civilian suffering during the conflict in Gaza were recently flagged on Facebook and removed.

The video of the Rice assault is a rare document. Domestic abuse is seldom captured, just as rape almost never is (despite a sick market for such images). Yet you can bet that seeing women who have been beaten or raped is a lot more significant and a lot less sexy than the normalizing discourse around of these kinds of assault.

Violent torment, laid plain to see, cannot be justified or downplayed. The intimate suffering that afflicts women (and men) in the context of domestic violence usually has no witnesses except the perpetrator, the victim, and, too often, their children. Without seeing what horror transpired, it is easy for the culture to erase the seriousness of such assaults—to diminish them as a private matter, a lover’s quarrel, an argument that got out of hand, but one that is essentially up to the couple to sort out.

But since domestic violence is still disproportionately men beating up women, this laissez-faire attitude to a crime that is usually hidden simply reinforces traditional male ownership of women, and excuses their relating to women as people they in some way own interpersonally. Accepting it as part of a man’s regrettable but not serious misbehavior in domestic life, as the NFL as well as both Ray and Janay Rice sought to do initially, also gets the police and judicial system off the hook.

The fact that the graphic video has finally shocked everyone enough for a meaningful penalty to come down on the assailant rather horribly confirms women’s worst fears. The abuse that comes our way most often—almost a third of women have reported physical violence at some time in their lives from an intimate partner; one in five college women has been a victim of rape—is nearly invisible, easy to trivialize, and all too often impossible to get justice for. Unless an audience happens to witness it live.

Naomi Wolf is the author of several books, including The Beauty Myth and Vagina, and is a co-founder of DailyCloudt.com, a citizen’s journalism startup now in beta. 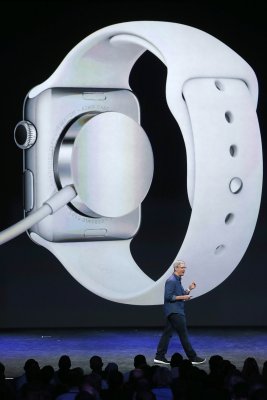