Why Not Having Kids Makes Some People Crazy

The great, worldwide, international jury is still deadlocked over whether having children makes people happier or not. On the one side, there are chubby fingers and first steps and unbridled joy and on the other side, there’s sleep, money and time. But an intriguing new study from the Netherlands suggests that not having children only makes infertile women unhappy if they are unable to let go of the idea of having kids.

It sounds obvious, but here’s the twist: women who already had children but desperately wanted more had worse mental health than women who didn’t have kids and wanted them, but had managed to get over that particular life goal. So it’s not just whether they had kids that made people depressed or content, it’s how badly they wanted them.

The study looked at more than 7,000 Dutch women who had had fertility treatments between 1995 and 2000. They were sent questionnaires about how they were doing and what caused the infertility and whether they had kids. Most of them were doing fine, except for about 6% who still wanted children even a decade or more after their last infertility treatment.

“We found that women who still wished to have children were up to 2.8 times more likely to develop clinically significant mental health problems than women who did not sustain a child-wish,” said Dr Sofia Gameiro, a lecturer at the School of Psychology at Cardiff University in Wales. True, the women who had kids but had undergone fertility treatments for more were less likely to have mental health issues than those who didn’t have kids, but they were still there. The kids hadn’t cured them. “For women with children, those who sustained a child-wish were 1.5 times more likely to have worse mental health than those without a child-wish,” wrote Gameiro. “This link between a sustained wish for children and worse mental health was irrespective of the women’s fertility diagnosis and treatment history.”

The women most likely to be laid low by wanting a child were those with less education and thus probably fewer options for fulfillment. Similarly, if the fertility issues were on the husband’s side or if they were age related, women were more likely to be able to get over it, possibly because they felt there was nothing they could have done. Those most set back by their inability to conceive were those who had started young and found that the problem was with their reproductive system, not their spouse’s, women who in the ancient days might have been called “barren.”

“Our study improves our understanding of why childless people have poorer adjustment. It shows that it is more strongly associated with their inability to let go of their desire to have children. It is quite striking to see that women who do have children but still wish for more children report poorer mental health than those who have no children but have come to accept it,” said Gameiro.

The paper, which was published online on Sept. 10 in Human Reproduction, recommends sustained psychological counseling for people who did not conceive after fertility treatments and a lot of frank talk about the possibility of failure during the treatments. The author also throws some shade on those “I-can-do-anything-if I-try” types (cough, Americans, cough). “There is a moment when letting go of unachievable goals (be it parenthood or other important life goals) is a necessary and adaptive process for well-being,” said Gameiro. “We need to consider if societies nowadays actually allow people to let go of their goals and provide them with the necessary mechanisms to realistically assess when is the right moment.” 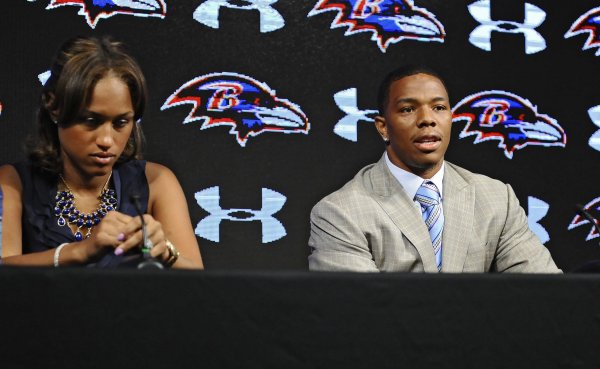 #WhyIStayed and #WhyILeft Go Viral in Wake of Ray Rice Video
Next Up: Editor's Pick