A fundamental quest of the digital age has been to make our devices more personal. Steve Jobs was the Zen master of this, and he ingrained it into the DNA of Apple. That was reflected in the Apple Watch that current Apple CEO Tim Cook and his team launched this week, the latest leap toward creating a more intimate connection between people and computers.

The great pioneer of computer personalization was Vannevar Bush, an MIT engineering dean who oversaw scientific research for the U.S. government during World War II. In 1945 he wrote a seminal article titled “As We May Think” for the Atlantic that envisioned a personal information device that he called a memex. A person would be able to store all of his communications and information in it, and it would serve as “an enlarged intimate supplement to his memory.” The word intimate was key, and it was one that Cook used when describing the Apple Watch.

Other ingenious innovators enhanced the intimacy between computers and humans. J. C. R. Licklider, an MIT psychologist and engineer who best deserves the title of father of the Internet, helped design a massive U.S. air defense system that involved networked computers in twenty-three tracking centers. He created easy and intuitive graphic displays, since the nation’s fate might depend on the ability of a console jockey to assess data correctly and respond instantly. He called his approach “man-computer symbiosis.” As he explained, “human brains and computing machines will be coupled together very tightly.” Douglas Engelbart, an acolyte of Bush and Licklider, invented the mouse as part of his mission to make the connection between humans and computers more personal, and at Xerox PARC, Alan Kay and others came up with friendly screen displays with folders and icons that users could point to and click.

For the Macintosh that he launched at the Flint Center thirty years ago, Jobs famously appropriated the graphical user interface from Xerox PARC, quoting Picasso as saying that “great artists steal.” He had an intuitive genius for making devices that established an intimate connection with the user. The iPod, for example, performed the simple but magical task of putting a thousand songs in your pocket. It harkened back to another great triumph of personalization. In 1954, Pat Haggerty of Texas Instruments was looking for a way to create a mass market for transistors. He came up with the idea of a pocket radio. The radio no longer would be a living-room appliance to be shared; it became a personal device that allowed you to listen to your own music where and when you wished—even if it was music that your parents wanted to ban.

Indeed, there was a symbiotic relationship between the advent of the transistor radio and the rise of rock and roll. The rebellious new music made every kid want a radio. And the fact that the radios could be taken to the beach or the basement, away from the disapproving ears and dial-controlling fingers of parents, allowed the music to flourish. Its plastic case came, iPod-like, in four colors: black, ivory, Mandarin Red, and Cloud Gray. Within a year, 100,000 had been sold, making it one of the most popular new products in history.

In the decades since Bush envisioned the intimate and personal memex, a competing school of computer science has set its sights on artificial intelligence, repeatedly predicting the arrival of machines that could think without us, perhaps even make us irrelevant. That goal has been elusive, a mirage always a few decades away. The Apple Watch, designed to touch our wrists and beat with our hearts, again shows the greater power of the approach that Bush and Licklider proposed, that of seeking an intimate symbiosis and deeply personal partnership between humans and machines.

Walter Isaacson’s history of the digital age, The Innovators, will be published in October. 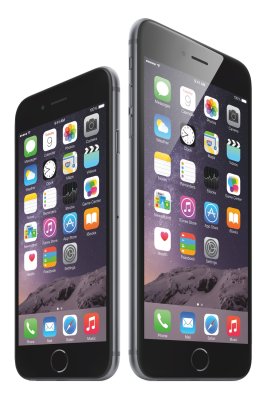