Why What We Know About Ebola Hasn't Changed Much

From the July 4, 1983, issue of TIME
TIME
By Alexandra Sifferlin

In 1957, TIME magazine announced the birth of “Ebola,” a baby okapi born in the Vincennes Zoo in Paris. The okapi is the first mention of “Ebola” in TIME magazine, and though it was remarkable baby Ebola lived so long — most okapi infants died when bred in captivity — the animal’s name would soon be synonymous with a nasty and fatal infectious disease that emerged in 1976 and is currently ravaging West Africa in it’s largest spread in history.

The virus now known as Ebola was given its name after the Ebola River in the Democratic Republic of the Congo, near which the disease first emerged. The first TIME mention of Ebola, the disease, was in 1980 as part of a list of new “mystery maladies” keeping scientists on their toes. Ebola was under the category of hemorrhagic fevers found mostly in Africa, which can kill up to 90% of victims. The author writes that animals apparently harbor the disease without symptoms, then pass it along to humans, and that the animal source is unknown. “What makes these diseases particularly grim is that they can be spread person to person, often to nurses and doctors, through infected blood,” the story reads. Ebola was mentioned in an aside in a 1983 article about the Centers for Disease Control, and then references tapered off, even as Richard Preston’s book The Hot Zone and the movie Outbreak helped the disease gain popular awareness.

Then, in the mid-’90s, it returned. An Ebola outbreak in Zaire and then in Gabon brought the disease back into the news. By then, it was becoming increasingly clear that human infections can come from eating bushmeat — a common practice in rural areas. A 1996 article says scientists believe the disease may infect humans via chimpanzees, considered prize protein in the area, but that they are still unlikely to be the original host. So far insect testing had come up negative.

“We’re still in the dark,” Dr. David Heymann, head of the emerging-diseases division at WHO at the time was quoted in the story.

On Tuesday, the World Health Organization released new numbers about the current outbreak, the largest Ebola epidemic to date, which has infected over 4,269 and taken more than 2,288 lives. And even now, decades after the virus was first reported on, not much has changed in our knowledge of the disease. The facts mentioned in the ’80s and ’90s — the risk to doctors, the problem with bushmeat — are still likely to be mentioned today. The only real breakthrough is that scientists believe the virus’ host is likely the fruit bat—but even that has not been completely confirmed. There’s still no vaccine or cure for the disease, and health care workers remain at a particularly high risk of contracting the disease.

Outbreaks of Ebola are not as common as say, the seasonal flu or even malaria. The lack of innovation when it comes treatments for Ebola has said to be largely due to a low financial incentive for pharmaceutical companies. Until now, the disease has not exactly been a top priority.

Thankfully, Ebola outbreaks of the past have informed the current public health groups attempting to contain the outbreak in West Africa. And though there’s no specific cure, it’s now well known that isolating patients with the disease and providing supportive care can help stop the spread and increase survival rates.

You can follow TIME’s most recent coverage of Ebola here. 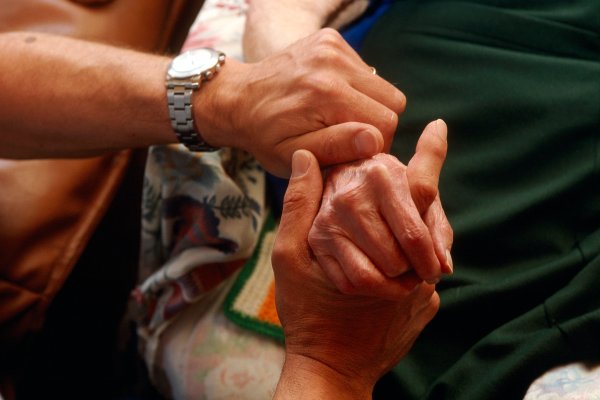 Why Dying Is Easier for Doctors
Next Up: Editor's Pick