On Friday, Kittisak Soomsri was abducted from outside his teacher-training college in Bangkok. The 47-year-old was a Red Shirt supporter of ousted Thai Prime Minister Yingluck Shinawatra and a critic of the coup d’état of May 22.

Frantic relatives say they received an anonymous telephone call soon afterwards, stating that he had been taken into military custody and would be released after seven days if they kept quiet. Nothing further has been heard and now the junta now denies having him.

The case is a grim reminder that beyond Thailand’s beautiful temples and beaches a totalitarian state is now in operation. As is common with such states, there is also a ruling strongman given to making odd and rambling pronouncements.

Gruff coup leader General Prayuth Chan-ocha, who has now named himself Prime Minister as well as head of the junta council and chief of the armed forces, has taken to giving regular TV appearances in which he bemoans the state of Thai society and outlines his simplistic, homespun solutions.

He has told residents of Bangkok to each pick up to 20 water hyacinths from the Chao Phraya River to help unclog the iconic waterway. Farmers, he says, should only grow rice once a year to keep the grain’s price up. The poor need to alleviate their woes by “working harder” and the indebted must return to solvency by “stopping shopping.”

If such dictates faintly echo the on-the-spot guidance dispensed by North Korea’s tyrannical Kim clan, then Prayuth’s growing superstitiousness is reminiscent of Burma’s former military rulers, who governed with the advice of numerologists, mystics and astrologers.

In a high-profile speech last week, Prayuth said, “Today, I have a sore throat, a pain in the neck. Someone said there are people putting curses on me.” His solution was to have so much protective holy water poured over him that he “shivered all over.”

Buddha statues and religious idols were deployed to Government House on Monday to ward off malevolent spirits, reports Reuters. And according to a junta spokesman, Prayuth’s desk has now been repositioned according to the Chinese geomantic art of feng shui.

On Friday, Prayuth will outline his one-year plan for returning Thailand to democracy. But critics of the coup are not hopeful. The case of Kittisak — and the hundreds of other cases of alleged extrajudicial detention, torture and other abuses — illustrate that Prayuth is not merely an eccentric. There is real menace beneath his madness. 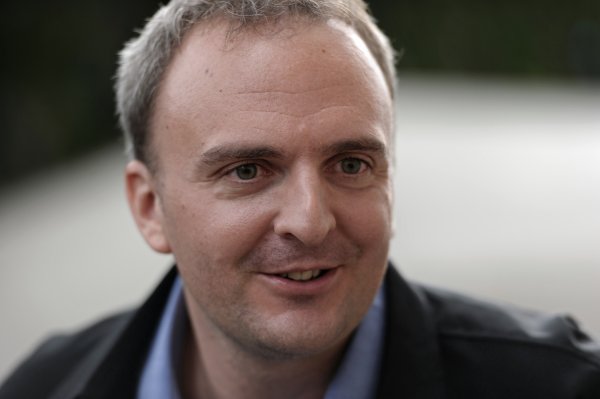 British Labor Activist on Trial in Thailand
Next Up: Editor's Pick