Three of the top four congressional leaders are avoiding the question of whether or not President Barack Obama should seek congressional authorization for the fight against Islamist militants in Iraq and Syria, ahead of a Tuesday afternoon intelligence briefing with the President.

The Democrats—Senate Majority Leader Harry Reid and House Minority Leader Nancy Pelosi—have been cautious about putting too much pressure on Obama or about handcuffing him with any legislation. Reid said Tuesday he’s “inclined to not rush into anything,” while Pelosi has said that scheduling a vote depends on what the President intends to do.

House Speaker John Boehner has refused to enter the debate, as many House Republicans have little appetite to vote in sync with the President before the November midterm elections. On Tuesday, Boehner said he is hoping to hear from Obama a strategy that would “destroy” the militant group Islamic State of Iraq and Greater Syria (ISIS), but questioned whether or not the President’s actions would require congressional action.

“Until the President… [explains] what his strategy is to deal with this growing terrorist threat and the strategy to defeat it… all we’re doing is speculating,” Boehner said.

Senate Minority Leader Mitch McConnell is the only top congressional leader advocating for the President to seek congressional approval, “whatever he decides to do.” McConnell noted that ISIS had become an election issue in his reelection campaign.

“This is the first time anything outside the borders of the United States has come up this year in my campaign,” McConnell said. “People are clearly following this. They now realize this is a threat to the United States.” 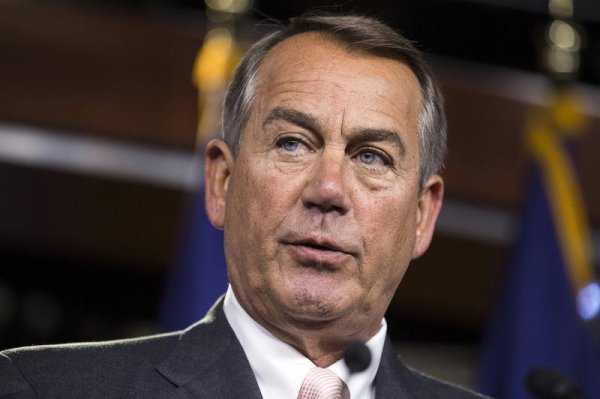