Apple CEO Tim Cook, left, greets Bono from the band U2 after they preformed at the end of the Apple event on Tuesday, Sept. 9, 2014, in Cupertino, Calif.
Marcio Jose Sanchez—AP
By Catherine Mayer/Cupertino

There’s a term for what has just unfolded at the Flint Center in Cupertino: a “media event.” This wasn’t just news or a launch, although it was both of those things, but landed, like its four human stars, through an electrical storm of Internet rumor. Was it true that U2, one of the biggest bands in the world, had again teamed up with Apple, one of the biggest brands in the world? Both come garlanded with past glories and saddled with huge expectations. Could band and brand repeat the trick that underpins the success of each: innovating, shaking things up, while never losing their distinctive and defining essence? The last two hours have answered at least some of these questions, loudly.

On the bare stage in a small auditorium, without any of the clever effects that garnish their stadium shows, U2 performed a song called “The Miracle” from a new album, Songs of Innocence. Before this, the existence of the album had been rumored, so too a raft of false speculation about the nature of the Apple tie-up. Now we know the facts. This will be the largest album release ever, landing without charge in the iTunes libraries of the approximately half a billion account holders in 119 countries around the world and streamed to millions more through the new iTunes Radio and Beats Music services, with a physical album release, including more tracks and special formats, to follow in October.

The numbers sound impressive, but does the music?

It wasn’t easy to judge when first I listened to some of these tracks in May, in a studio in North London. These were still works in progress, with producer Paul Epworth at that stage behind the mixing desk in a lengthy process that has been overseen by Danger Mouse and has also tapped the production talents of Declan Gaffney, Ryan Tedder and Flood. Bono sat next to me on a small studio couch, singing along pitch-perfect and at a volume that submerged the recorded accompaniment of his three bandmates. His voice has never been stronger or better.

Yet U2 has always been about more than its charismatic singer and Songs of Innocence—which I finally heard in its entirety yesterday without Bono’s distracting presence—is about U2. The 11 tracks look back to the band’s musical roots in the punk and post-punk era, paying explicit homage to the Ramones and the Clash, and carrying resonances of later genres and bands, not least the many groups such as Arcade Fire and Coldplay that flourished by tapping into their influence. But Bono, guitarist Edge, bass player Adam Clayton and drummer Larry Mullen Jr. share more than a narrative of musical development: they met while still at school in Dublin, forming the band as teenagers in 1976. Their personal lives are interwoven; their tribulations shared as freely as their triumphs. All apart from Clayton sought sustenance in religion, acquiring an iconography and vocabulary that marks this album like its predecessors. The title of the record is deceptive, even ironic. These are songs of experience and much of it searing. There may be faith but that faith appears challenged.

So the album packs an emotional punch, not so much the flame-waving uplift of U2’s stadium crowd-pleasers, but something more complex and sometimes uncomfortable but always compelling. Every track is recognizably U2, driven by a great if idiosyncratic rhythm section (Mullen Jr. is fearsomely precise while Clayton flirts with the danger of a relaxed beat) and Edge’s great jangling guitar riffs. Yet the end effect is startling, different—and very, very good.

Here are quick descriptions of each track: 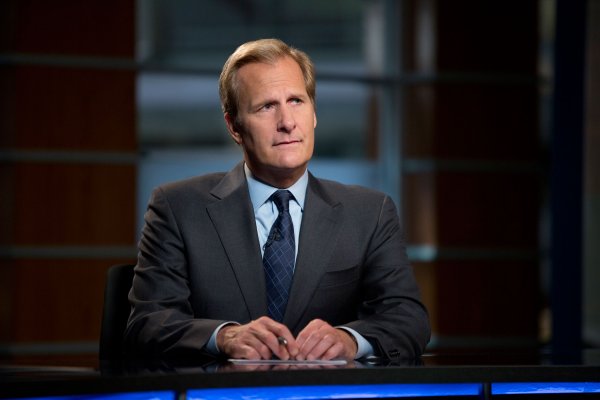 HBO Announces Premiere Date for The Newsroom, The Comeback and Getting On
Next Up: Editor's Pick