What the ISIS Flag Says About the Militant Group

The world is now becoming accustomed to seeing images of the stark black-and-white flag whose bearers are threatening to remake the Middle East and who have already taken responsibility for numerous acts of murder, massacres and ethnic cleansing across Iraq and Syria.

But what does the standard of the self-declared Islamic State–also known by its previous name, ISIS, or the Islamic State in Iraq and greater Syria–tell observers about the goals of the organization and its supporters?

Volumes, say experts in Islamic militant movements. The color, the calligraphy, and the choice of words on the flag all serve as a key to reading the group’s history as well as unfolding a road map of where it sees itself going.

The flag is black with the words La ‘ilaha ‘illa-llah – “There is no God but God” – emblazoned across the top in white in a somewhat coarse, handwritten Arabic script. It’s a very different kind of typeface from the more elaborate calligraphy on the Saudi flag, for example, that also includes this same shahada, or Islamic statement of faith. Even more rough around the edges is the white circle in the middle of the ISIS flag. Inside it are three words: “God Messenger Mohammed.” It’s an interesting choice of word order given that the second part of the shahada is “and Mohammed is God’s messenger.”

The reason for the circle and those words is that they’re a copy of what’s known as the Seal of Mohammed, which the prophet himself is believed to have used in his lifetime to seal letters he wrote to foreign leaders, asking them to join him. A version of the seal purported to belong to Othman, one of Mohammed’s companions, is now permanently on display at the Topkapi Palace in Istanbul. The use of the seal, critics of ISIS say, is intended to add a veneer of historical authenticity to its mission.

“The power of the flag comes from the fact that the word ‘Allah’ is on it. The word itself is seen as sacred by Muslims and hence it becomes sacrilegious to desecrate the flag,” explains Hayder al Khoei, an associate fellow of the Middle East and North Africa Programme at Chatham House in London. A week ago, for example, there were protests in Beirut at which ISIS flags were burned, with activist starting a #BurnISIS campaign meant to rival the ALS ice bucket challenge. Afterwards, the Lebanese Minister of Justice, Ashraf Rifi, asked that the burning of the flag be banned and that violators be given the “sternest punishment,” because burning anything with the word Allah on it is viewed as an insult to Islam. The issue has stirred up emotions across the Islamic world. An Egyptian feminist, Aliaa Magda Elmahdy, recently held an extremely graphic protest intended to desecrate the ISIS flag, stirring up further controversy.

“The words are what makes the flag so powerful,” al Khoei says. “It is a very weird and awkward situation for Muslims because ISIS is an evil terrorist organization with an actual holy flag.”

The black and white flag’s meaning is further complicated by the fact that ISIS did not create the image it bears. Rather, it appropriated the flag from other jihad-oriented groups, says Magnus Ranstorp, an expert on Islamic fundamentalist movements and the Research Director of the Centre for Asymmetric Threat Studies at the Swedish National Defense College. Al Qaeda in Iraq, al Qaeda in the Arabian Peninsula (active in Yemen and Saudi Arabia), and the al-Shabab group in Somalia have all used the same flag, he says.

“The most important thing is the color. This raya, the solid blank flag, was the Prophet Mohammed’s war banner,” he explains. “This flag compresses time and space – it harks back to where they came from and where they are going. It is not just the color of jihad and of the caliphate, but it represents the coming of what some believers see as the final battle and the day of resurrection.” In other words, he explains, there’s a kind of Islamic end-of-days element in the flag, pitting the forces of Islam against the Christian West.

To some Muslims, the choice of flag is worrying because of the symbolic weight of its absence of color. A look at other Islamists militant movements in the region makes them seem almost tame by comparison; Hamas’ flag is green, Hizbollah’s yellow. But like the flags of other jihadist groups the al-Nusra Front and Hizb ut-Tahrir—which also seeks a worldwide caliphate to replace nation-states laid out by Western powers nearly a century 100 years ago—the ISIS flag is set in stark, featureless black.

“The flag represents a lot things outside observers don’t realize, but people in the Middle East understand the importance of colors,” says Ranstorp. “The point of the war banner is showing the will to destroy the world order. If one understood that properly, you could use that to detect who is really involved.” For example, he says, the law enforcement and intelligence communities could be savvier about detecting who among youth in Westerns countries is being drawn to the ideology and might end up getting lured to fight for ISIS abroad.

“There is a meaning to these symbols, that could be utilized, but we haven’t really. In many places they are selling rings with the same Seal of Mohammed. You’ll find it on many Islamic State social media sites. This symbol tells us where they have come from, the sacredness of their mission and what they want – a caliphate.” 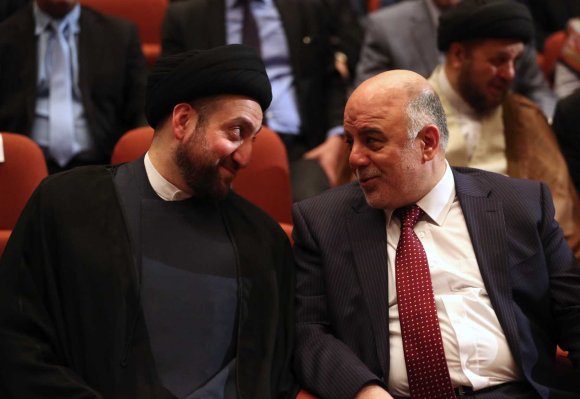