Regulators Promise to Be Tough on Big Banks

A top Federal Reserve official said Tuesday that regulators would spend the next year holding the biggest banks’ proverbial feet to the fire, while working to exempt small, community banks from regulatory requirements designed for the goliaths of Wall Street.

At a Senate Banking Committee hearing, Fed Governor Daniel Tarullo said regulators will require the nation’s biggest, riskiest financial institutions—those deemed Too Big To Fail—to maintain generous “crash pads” to protect against potential losses in the case of the next financial crisis.

Meanwhile, he said, small, community banks would not be subject to those same requirements and, in fact, should also be exempt of other, paperwork-heavy regulations under the Dodd-Frank financial reform law, like the so-called Volcker Rule. Community banks’ “balance sheets are pretty easily investigated by us and their lending falls into discreet categories,” which makes many of the most burdensome regulations unnecessary, Tarullo said.

The biggest banks’ crash pads, known as “capital surcharges,” will exceed the minimal standards required by international regulators and may be as high as 3.5%, Tarullo said. Shares of the biggest banks, like Goldman Sachs and Morgan Stanley, which may find themselves subject to stricter requirements this year, dipped temporarily during Tarullo’s testimony, before climbing again and leveling off in the afternoon.

Sen. Heidi Heitkamp (D-N.D.) and Sen. Mike Crapo (R-Idaho), the committee’s top Republican, both returned repeatedly to the need to scale back the regulatory burden on small, community banks. “Too big to fail has become too small to succeed,” Heitkamp said.

Tarullo’s tough talk on big banks comes just a month after 11 of the biggest banks in the country failed to produce workable plans, known as “living wills,” designed to help regulators shut them down should they find themselves at the brink of collapse, as they did in 2008 and 2009. Living wills are necessary, the regulators said, so that the burden of bailing them out does not fall on taxpayers. In August, the Federal Reserve and the Federal Deposit Insurance Corp. dismissed the 11 biggest banks’ living wills as “unrealistic” and grossly inadequate.

Tarullo was joined by Martin Gruenberg, chairman of the Federal Deposit Insurance Corporation; Tom Curry, the Comptroller of the Currency; Richard Cordray, director of the Consumer Financial Protection Bureau; Mary Jo White, chair of the Securities and Exchange Commission; and Tim Massad, chairman of the Commodity Futures Trading Commission. Those six top regulators are in charge of writing, implementing and enforcing the bulk of the 400 some-odd rules mandated by the 2010 Dodd-Frank financial reform law.

Sen. Elizabeth Warren (D-Mass.) applauded the assembled regulators for requiring the biggest banks to take seriously their living wills, but worried that, unless regulators are willing to “use the tools they have at their disposal”—like limiting banks’ growth—the biggest financial institutions will simply continue to drag their feet throughout the process. She wanted to make sure, she said, that “we’re not going to be back here a year from now having the same conversation.” Both Tarullo and Gruenberg insisted they would use their agencies’ “tools” to force banks to come up with workable living wills by next August.

What was perhaps the dramatic highlight of a rather staid three-hour hearing came in the last 20 minutes, when Warren, joined by Sen. Richard Shelby (R-Ala.), demanded to know why regulators had failed to refer bank executives to the Department of Justice for prosecution for crimes committed in the lead-up to the financial crisis. During Savings and Loan Crisis in the 1980s, 800 executives were convicted and the FBI investigated 5,500, all on referrals from banking regulators, Warren said—whereas this time around, JP Morgan chief Jamie Dimon actually received a $8.5 million raise after negotiating a successful settlement with the government.

“Banks have admitted to breaking the law and have settled with the U.S. for $35 billion dollars, but despite the misconduct at these banks, not a single senior executive… has been criminally prosecuted,” Warren said. “The message to every Wall Street banker is loud and clear: if you break the law, you will not go to jail, but you might end up with a much bigger pay check.”

Shelby, who had clearly been enjoying watching Warren berate the regulators, piped up. “People… whoever they are, shouldn’t be able to buy their way out of culpability, especially when it’s so strong it defies rationality,” he said, gesturing at Warren. “I agree with her on that.” 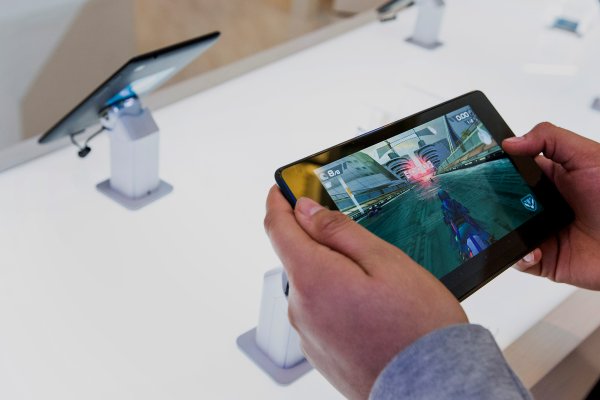 Google Refunding Parents At Least $19 Million
Next Up: Editor's Pick