Apple Introduces iPhone 6 and iPhone 6 Plus

Apple on Tuesday announced two new iPhone models during an event in Cupertino, Calif. The long-rumored iPhone 6 and iPhone 6 Plus will come in two sizes, one with a 4.7-inch screen and the other with a 5.5-inch display.

The devices, which will go on sale on Sept. 19, will start at $199 with a two-year wireless contract. The larger version will cost $299. The company will continue to sell the iPhone 5S for $99 and the iPhone 5C for free.

With the new devices, the world’s most successful smartphone maker is intensifying a campaign to woo customers in countries outside North America and convince Google Android users to switch. Apple CEO Tim Cook said the new devices were “the biggest advancement in the history of iPhone.”

The larger phones sport a number of additional features beyond their much larger, higher-resolution displays. Built-in software allows the phones to be used in horizontal views, much like Apple’s larger tablets.The devices are also the thinnest phones Apple has ever shipped.

The company also said the two new devices have equal or better battery life than the iPhone 5S, despite their thirstier displays. Both feature an 8-megapixel camera with image stabilization to take better photos in low light, for example. “These are the best phones you have ever seen,” Cook said just ahead of the unveiling.

The larger iPhones are an acknowledgement that the tastes of mobile users have changed since Steve Jobs first unveiled the disruptive smartphone in 2007. So-called phablets—devices that straddle the capabilities of smartphones and tablets—have grown more popular.

In the U.S., web browsing on screens 4 inches or less, the size of the iPhone 5S screen, decreased 11% from May 2013 to May 2014, while traffic on screens greater than 4 inches leapt by 132%, according to Adobe. In a survey by Kantar WorldPanel ComTech, 42% of respondents who bought a new smart phone in the first quarter of this year said screen size was the most important design element.

Some observers mocked Samsung when it first revealed the 5.3-inch Galaxy Note in 2011. Two years later, the Note 3, its successor, managed to sell 10 million units in about two months when it was introduced last fall. Samsung announced to new devices a few days before Apple’s event.

Analysts largely expect the iPhone 6 to sell well during the holiday. In a research note earlier this year, Canaccord Genuity analyst T. Michael Walkley argued Apple will likely benefit from pent-up demand for a device with a larger screen. “We believe the extended replacement rates combined with new larger-screen iPhones position Apple with its large installed base for record iPhone 6 sales,” he wrote. 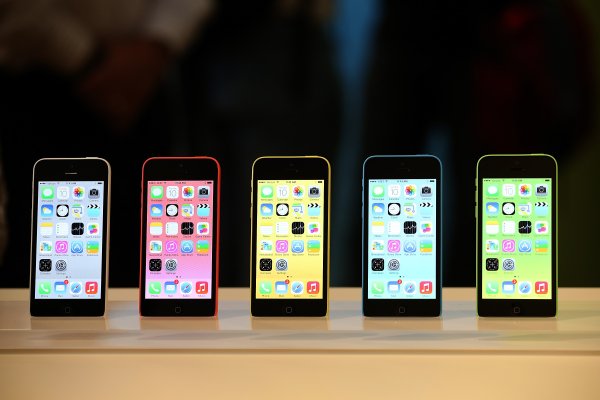 Watch the Evolution of the iPhone
Next Up: Editor's Pick