How Grief Makes You Sick in Old Age

It’s a story that’s familiar and sad, if completely romantic: one half of an elderly couple passes away, and the partner follows soon after–like this couple of 62 years who died just hours apart. Now science may explain why.

Researchers at the University of Birmingham in the UK report in a new study published in the journal Immunity and Ageing that age alters how the body’s immune system responds to grief and bereavement. Young people seem to be more resilient when it comes to enduring the effects of grief, while older people become more susceptible to infection.

Grief can affect our immune systems via stress hormones, the authors show in their study on 41 young people (around age 32) and 52 older people (around age 75). Some were experiencing grief and others were not. The authors measured the effect of bereavement on the function of neutrophils, a type of white blood cell essential to combating infection, as well as the stress hormones cortisol and dehydroepiandrosterone sulphate (DHEAS).

The elderly grieving participants had reduced immune function, higher stress hormone levels, and weaker neutrophil function compared to their younger counterparts–evidence that older people are more likely to have a compromised immune system when experiencing grief, the researchers believe.

That might be because the elderly already have aging immune systems with less capacity to respond to new pathogens, says study author Anna Phillips, a researcher in behavioral medicine at the University of Birmingham.

We need balanced hormones to keep our immune systems in check, but around age 30, the amount of DHEAS we produce starts to decline–and elderly participants have about 20% of the DHEAS they had in their youth, Phillips says. DHEAS balances out cortisol, which keeps inflammation at bay, so to have both of them out of whack increases infection risk.

Phillips also notes that the interplay of grief and stress hormones on the immune system might explain quick succession of partner death. “We’ve all heard stories about someone who died and the spouse is perfectly healthy, but maybe they break their hip, then get pneumonia. If stress from bereavement makes the neutrophils stop working well, then that person with an added trauma like a broken hip becomes more susceptible.”

DHEAS comes in supplement form, and Phillips is considering conducting a study looking at whether giving supplements to elderly people undergoing grief could have protective benefits. But you can balance your hormones naturally through exercising, having active social networks, and paying attention to your diet, she says. 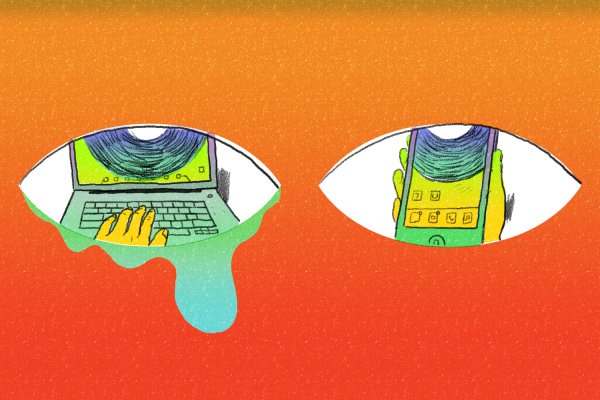 You Asked: Can Computers Really Ruin My Eyes?
Next Up: Editor's Pick