Pro-choice demonstrators rally outside the Supreme Court in Washington on Jan. 22, 2014.
Susan Walsh—AP
By Jay Newton-Small

The “War on Women” seems to be working.

Voters such as women and minorities, who often turn out in smaller numbers during off-year elections, are more motivated to vote when they feel women’s access to birth control and abortion are threatened, and if women and families’ economic security is imperiled, according to a new poll given exclusively to TIME.

“In 2014, women voters have made it clear that they won’t stand for attacks on their economic security or their reproductive healthcare,” said Stephanie Schriock, president EMILY’s List, a group that elects pro-choice women and one of the poll’s sponsors. “The Republican Party’s relentless assault on women’s rights and freedoms is backfiring, and as long as they continue to ignore the real needs of working families, the gulf between them and women voters will only continue to grow.”

Democrats have pegged their hopes this fall to turning out women and minority voters, who tend to drop off during non-presidential election years. To that end, they have introduced and campaigned on a women’s economic agenda that includes raising the minimum wage, which disproportionately affects women, expanding paid medical leave and access to childcare. In 2010, Democrats lost women for the first time in decades, and subsequently lost the House and six Senate seats. Democrats are determined not to repeat that mistake in 2014.

The poll of these drop-off voters in 18 swing states, co-sponsored by EMILY’s List, Planned Parenthood Action Fund and American Women, found that 23% of the drop-off voters surveyed ranked their enthusiasm for voting at less than half, but that number plummeted to 12% after hearing motivational messages about women’s health and economic security. Nearly three-quarters, or 74%, called the idea that failing to vote would be sending a message that they endorse the status quo a “very motivating” factor to vote. The same number said “helping working families get ahead” was a “very motivating” factor to vote.

Democrats have been pounding Republicans for their “War on Women,” not just on the economic front—for refusing to vote to increase the minimum wage and for Equal Pay, for example—but on the reproductive front. This strategy was highly effective in 2012, when two GOP Senate candidates made inartful statements about rape and abortion that turned off women voters nationally. The survey found that 70% of drop-off voters said they found reproductive rights and the chance to vote against a pro-life politician a “very motivating” factor to go to the polls in November. And 70% of those polled said allowing an employer to dictate what healthcare coverage a woman gets was a “very motivating” reason to vote.

“This poll confirms what we’re hearing from voters as our supporters knock doors and make phone calls in key states: issues like access to birth control and abortion will get voters to the polls this November,” said Dawn Laguens, executive vice president, Planned Parenthood Action Fund.

Republicans, recognizing the problem, have introduced their own Equal Pay legislation and flexible work bills in both chambers, though the bills have yet to see votes. They’ve also made efforts to recruit more women to run for office, a campaign which has seen some progress in the Senate but has fallen short in the House. A recent poll commissioned by two GOP groups, including one backed by Karl Rove, found that female voters view the party as “intolerant,” “lacking in compassion” and “stuck in the past.”

Still, that may prove more of a problem for Republicans in 2016, when Democrats may have a woman, Hillary Clinton, on the top of the ticket, than in 2014. Drop-off voters are notoriously difficult to motivate and Republicans have had fewer gaffes than they did in 2012 concerning rape and abortion. Much will depend on how Democrats effectively make their closing arguments in the final weeks of the election. 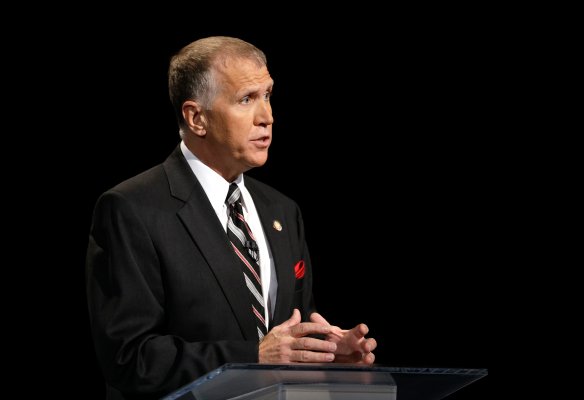