Evangelicals for Marriage Equality: The Story Behind Our Launch

I am an evangelical Christian and I believe that the Bible is God’s word. I also believe that LGBT men and women should enjoy the same right to civil marriage as any other couple. For many evangelicals, these statements are mutually exclusive. But they don’t have to be.

That is why I am joining forces with Evangelicals for Marriage Equality, a new initiative launching Tuesday that seeks to change the hearts and minds of evangelicals about civil marriage equality.

EME is the first organization of its kind that is specifically focused on creating conversations within evangelical churches, colleges, and institutions to help dispel myths about marriage equality and stake out a middle ground for young evangelicals in this contentious debate. It was founded by two young, straight evangelicals –Josh Dickson and Michael Saltsman—who grew up in the church and have an appreciation for both its strengths and its weaknesses.

As spokesperson for the organization, I represent a growing number of millennial evangelicals that believes it’s possible to be a faithful Christian with a high regard for the authority of the Bible and a faithful supporter of civil marriage equality.

According to data from the Public Religion Research Institute, evangelicals register the lowest level of support for same-sex marriage of any religious denomination. As of 2013, just 27 percent of my fellow churchgoers were proponents of marriage equality.

But within this topline statistic, there’s considerable generational diversity. For instance, 43 percent of evangelicals in the 18-to 33-year-old demographic that I’m a part of support marriage equality. Even among Generation X adults aged 34 to 48, marriage equality support stands at 33 percent.

Since I began my journey of faith as an evangelical Christian at the age of twelve, I have seen the many sides of this thorny topic. I once was strongly opposed to marriage equality, even to the point of preaching in the streets of Baltimore with my church youth group about the dangers of legalizing same-sex marriage.

But as I dug deeper into studying the Bible and became friends with many of my LGBT peers, I began to struggle with the clear call of Jesus to love my neighbor and my evangelical community’s insistence that I oppose marriage equality for my gay and lesbian friends.

I understood that Jesus taught that the way we are to change the world is through love, justice, and the proclamation of the Gospel. But the Church seemed to believe that, on this issue, the faithful pattern was to stand against gay and lesbians rights to be civilly married under the law.

Are evangelicals who support civil marriage for same-sex couples watering down their faith to adapt to secular society? Not at all. Instead, we’re making a distinction between theology and politics.

This has been a difficult distinction for many evangelicals to make. Indeed, some in the faith seem to have difficulty expressing any love or compassion toward gay men and lesbian women. Instead of cultivating a reputation as “people of Good News” (which is what “evangelical” means), we have become bearers of harsh proclamations and black-and-white judgments, more in love with politics than with people.

Proponents of marriage equality aren’t blameless, either. One reason it’s so difficult for evangelicals to have honest conversations about this issue is that they’ve risked the “bigot” label if they express their struggles and doubts. Evangelicals and their critics alike should agree that name-calling and a hostile posture aren’t conducive to respectful and productive dialogue.

Similarly, religious freedom concerns can’t be ignored. I believe that evangelical Christians and the churches they attend should continue to have the freedom to decline performing same-sex marriages within their walls. Otherwise, we’re not just asking them to give up a longstanding religious objection to same-sex relationships—we’re asking them to give up the very freedom to hold religious beliefs that others find objectionable.

Evangelicals who want to support marriage equality currently face the false choice of either remaining faithful to their tradition by opposing same-sex marriage, or being accused of watering down their commitment to Christ by standing in support of their gay and lesbian friends. I believe that the best way is the middle path that both compels evangelicals to stand for civil marriage equality as an overflow of our love for our lesbian and gay neighbors, while allowing us to have space to wrestle with and remain faithful to our beliefs.

Brandan Robertson is the spokesperson for Evangelicals for Marriage Equality.

Write to Brandan Robertson at Brandan.Robertson10@Gmail.com. 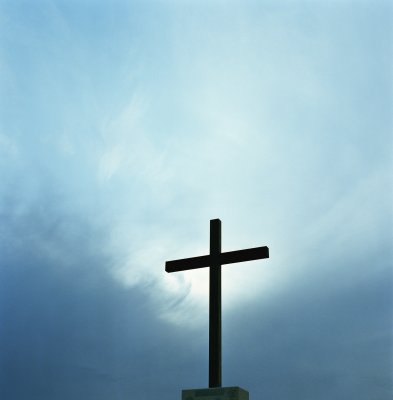