Two Americans are among the six authors on this year’s shortlist for the Man Booker Prize, the United Kingdom’s best known and most prestigious literary prize.

Karen Fowler is in the running for the Pen/Faulkner Award-winning novel We are all Completely Besides Ourselves, about a young woman raised with a chimpanzee for a sister. Also up for consideration is Joshua Ferris’ To Rise Again at a Decent Hour, the tale of a New York dentist who finds his identity has been stolen.

Novels by U.S. writers will compete with The Narrow Road to the Deep North by Australian author Richard Flanagan, and three books by British writers: The Lives of Others by Neel Mukherjee, How to be Both by Ali Smith, and J by past Booker winner Howard Jacobson.

This is the first time that novels by writers from outside of the Commonwealth have been eligible for the $85,000 award. The winner will be announced Oct. 14. 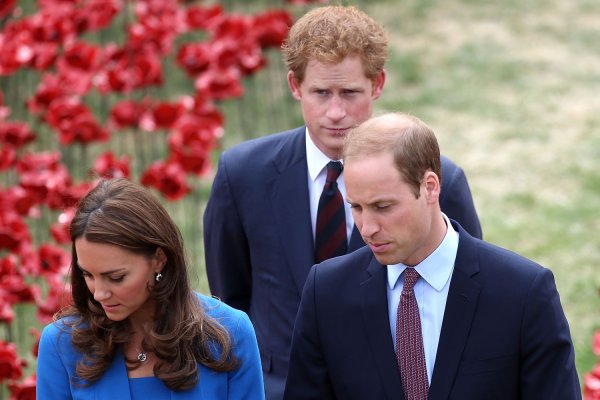 How A Baby Changed William and Harry's Royal Relationship
Next Up: Editor's Pick