Apple just made it a lot harder to pick an iPhone.

The company recently introduced not one, but two new iPhones: the iPhone 6 and iPhone 6 Plus, both of which you can order on September 12, and pick up when they go on sale September 19.

But with the iPhone 5c and 5s still formally in the running and price-reduced, that means you now have four iPhones to choose from. What’s more, the spectrum of features keeps growing, making that choice about as involved as it’s ever been.

I’m just going to focus on the new iPhones, though if you want to scan our iPhone 5s rundown from last September, you can find that here.

On your mark, get set…pros!

Remember the original iPhone way back when? That thing, you probably forgot, had a half-curved edge (from the back) before Apple shifted to a frame nearer hard right angles.

The iPhone 6 and iPhone 6 Plus are like that original frame, but more holistically executed: what Apple calls “a continuous, seamless design,” meaning the surface is texturally unbroken, and the cover glass (“ion-strengthened,” referring to a process in which one type of ion is exchanged for another to make the glass more durable) meets the anodized aluminum backing without tactile differentiation.

Apple adds that these are its thinnest iPhones yet, with thicknesses of 0.27 inches (the iPhone 6) and 0.28 inches (the iPhone 6 Plus). That’s hair-splitting: the iPhone 5s is only fractionally thicker at 0.30 inches, and good luck discerning hundredths of an inch. But I suppose it gives Apple’s marketing team another bragging point.

Apple calls the iPhone 6’s new 4.7- and 5.5-inch diagonal screens “Retina HD displays.” That’s a marketing term and something of a misnomer: a tautological way of talking about technology that’s already outpaced your eye’s ability to spot discrete pixels.

What about older apps? Apple claims they scale up to the new resolutions just fine. We’ll see. Generally speaking, scaling’s less of an issue on screens this dimensionally small. Interpolation, which is what scalers do to fill in missing pixel data, is a problem more when you’re dealing with much bigger display spaces, say the troublesome blurriness you get running Nintendo’s Wii at 640 by 480 pixels (480p) out to a giant 50- or 60-inch 1920 by 1080 pixel (1080p) screen.

Apple’s also throwing in a new “landscape view” unique to the iPhone 6 Plus, so if you want to view traditionally portrait-locked apps sideways, the new landscape view lets you tap around the home screen’s rows of icons sideways, and adds functionality (like side-by-side panes, as well as a bigger keyboard) to apps that have been optimized for it. In other words, as The Verge put it during its Apple event live blog, it’s a little like an iPad Mini Mini.

The new phones have even zippier processors

Meet the A8 chip, Apple’s second-gen 64-bit offering with some 2 billion transistors, which Apple describes as sporting “up to 25% faster processing power and up to 50% faster graphics.” If you’re after some of the fastest phablets on the planet, the new iPhones are probably going to rank at the front of the pack.

All the new tech tweaks, especially to the cameras

The new iPhones now include a barometer (to check air pressure and measure elevation — important for the new Health app in iOS 8), 802.11ac support (theoretically up to three times faster than the iPhone 5s’s 802.11n), a new M8 motion coprocessor (the iPhone 5c uses the M7) and a new Wi-Fi calling option, “for making high-quality calls when cell conditions are poor.”

But the coolest-sounding improvements are clearly to the iSight and FaceTime cameras. The 1080p iSight camera in both phones is still 8MP with 1.5µ pixels and ƒ/2.2 aperture (just like the iPhone 5s’s), but includes a new sensor that supports an autofocus-enhancing feature called “Focus Pixels” found in high-end DSLR cameras. Apple says autofocus is much faster (and continuous — important for video), local tone mapping and noise reduction have been improved, you can shoot video at 30 or 60 frames per second and take slo-mo video at both 120 and 240 frames per second. The cameras also include video stabilization (and the iPhone 6 Plus specifically includes optical as opposed to digital image stabilization, meaning the lens moves to compensate for shaking), and the new phones can identify faces (and blinking, and smiling) more efficiently whether close up or further away. What’s more, your panorama shots can be up to a whopping 43 megapixels now.

The still-720p, 1.2 megapixel FaceTime camera has been upgraded, too, with a new sensor and larger ƒ/2.2 aperture, bringing it up to par with the iSight in that regard. It can also do automatic high dynamic range in videos (the iPhone 5s only supports this in photo mode) and has a “burst” mode, which Apple says will let you take up to 10 photos (or selfies) a second.

Apple’s best iPhones until today could do up to 100 Mbps LTE with 13 bands. The new iPhones can do up to 150Mbps, supports 20 bands (more than any other smartphone, claims Apple) and more than 200 LTE carriers worldwide.

More importantly, the new phones support “Voice over LTE,” or VoLTE. If you want a more detailed explanation of what VoLTE is, see here. But in summary, so long as your LTE carrier supports it, expect improved voice audio quality, and that you’ll no longer see your voice call connection throw your data link under the bus.

You want to pay for stuff with your phone

We’re talking about a highly theoretical pro, bear that in mind, and plenty of other companies have tried and fumbled with digital wallets. But if it works as simply and securely as Apple says, including the company’s provocative claim that Apple Pay is more secure than keeping cards in your wallet, it could be the deal-clincher many have been waiting for. I’m loathe to posit cliches about Apple being more likely to pull something like this off than any other big company with a compelling idea, but to the extent economic and political cachet matters, Apple still has it.

You get more storage for your buck

Okay, that’s the feature-related pros list out of the way. Here’s why you might want to wait:

These are big phones

Not ridiculously big, say like Sony’s 6.4-inch diagonal Xperia Z Ultra, but still big for iPhone owners who, even after Apple’s 0.5-inch iPhone 5 uptick years ago (from the original models’ 3.5-inch diagonal screens), have been accustomed to holding a slender device, width-wise.

If you’re no fan of phablets (or the idea of phablets, if you’ve never held one), you might want to wait to pull the trigger on a preorder and heft one of the new iPhones for yourself, just to be sure.

The starter 16GB iPhone 6 is $199 with a standard two-year contract, just like prior flagship iPhones at launch. But the 16GB iPhone 6 Plus — and let’s not mince words: that’s the model 4-inch iPhone upgraders are going to want — is $299.

If you just want an iPhone that’ll run iOS 8 seamlessly, offers all the basic features and plenty of the advanced features found in the new iPhones, and actually prefer thinner 4-inch smartphones, the 16GB iPhone 5s is now just $99, and the 8GB iPhone 5c is free (both with two-year contracts).

The new processor’s pushing a lot of pixels around

Bear in mind that a lot of the A8’s processing horsepower has to go toward animating all those extra pixels in both the iPhone 6 and iPhone 6 Plus (processing overhead increases exponentially as you scale up, pixel-wise). In practice, it probably means games for the new phones are going to look roughly the same as the sort of games you’re already playing on your other 64-bit iOS devices, complexity-wise. “Metal,” Apple’s better-optimized developmental 3D interface for iOS, is supposed to change that somewhat, but not just for A8.

More importantly, who cares? At 401 or 326 pixels per inch on incredibly small screens when compared to TVs, games with half the graphical bells and whistles tend to look just as good as games on high-end PCs or consoles. It’s a “how much detail can your eye differentiate at 4.7 to 5.5 inches diagonal” thing.

You want an iWatch but don’t need a new iPhone

The iWatch, which requires the iPhone, starts at $349 and goes up from there, so buying an iWatch and an iPhone 6 (much less an iPhone 6 Plus) is going to set you back quite a bit more than you might otherwise have budgeted for just a phone.

The good news: so long as you have an iPhone 5 or better, you can use Apple’s new iWatch when it arrives sometime in “early 2015.”

Apple was just involved in a public kerfuffle involving the theft of sensitive photos from various high-profile personalities’ iCloud accounts. What technically happened and who’s technically responsible is debatable, but it hasn’t helped the company’s image from a consumer confidence standpoint.

Apple has a point when it claims, in theory, that Apple Pay ought to be more secure than cards in your wallet. In practice, however, it’s a giant question mark. So if you’d rather wait for competent security firms to weigh in (there’s nothing wrong or unduly paranoid about that), you can pull Apple Pay out of the “pro-new-iPhone” column.

Your contract’s not up

Welcome to my world (I have to wait until October to buy one of these things). Do you have three to four times the contract price lying around to pay in full for the 16 GB, 64 GB or 128 GB iPhone 6 or iPhone 6 Plus? Neither do I. 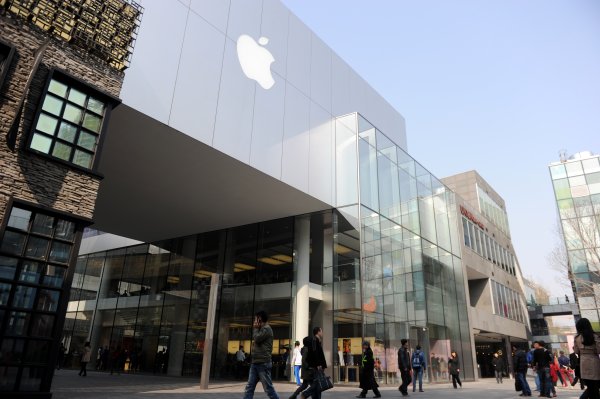 Here's What to Actually Expect from Apple's Sept. 9 Event
Next Up: Editor's Pick