Who would choose to be a royal? It’s tough enough to live your adult life on display—part reality star, part monument—and another thing still to still to find yourself as a baby slapped on the bottom and swaddled in constricting expectations.

Think of the mantle that awaited Prince George of Cambridge at his birth in July 2013: Even in the womb, he was third in line to the throne, facing the daunting prospect of one day reigning as King of the United Kingdom and 15 other Commonwealth Realms.

For George’s sibling, the spare rather than the heir, the robes should have been a little looser. But it is the misfortune of Catherine, the Duchess of Cambridge, to suffer from a form of acute morning sickness that precipitated the announcement of her pregnancy Monday, just as happened when she was expecting George.

And the accelerated announcement this time around has loaded an extra burden onto the unborn child. This baby is already facing calls to save the union.

On Sept. 18. Scotland votes whether to remain in the U.K. or leave. Opinion polls, for months showing a comfortable lead for unionists, have suddenly tightened, with one recent poll showing a lead for supporters of independence. The prospect of such a rupture is sowing panic in Westminster and Buckingham Palace.

Queen Elizabeth II is said to be distressed at the prospect of a split, despite assurances from Scotland’s First Minister, Scottish National Party leader Alex Salmond that an independent Scotland would retain the monarch. The Queen and her advisers know not to take these assurances at face value. After all, stand-alone Scotland might well veer towards Republicanism once it had dealt with more urgent constitutional matters.

Moreover, the Queen and the rest of her family believe in the United Kingdom, and see their own role in it as providing a focal point for national unity. The end of the U.K. would pose existential questions for any thoughtful royal. So the sudden revelation today of another royal baby on the way seemed to point to possible salvation.

The impending arrival of little George last year created media excitement and some real enthusiasm among segments of the British population. Could George’s brother or sister create enough of a feel-good, union-flag-patterned, patriotic buzz to move the polls back away from independence?

That seems unlikely. One reason Scotland’s independence movement should never have been underestimated is because Scots are different from other Brits in many ways, not least in being somewhat more resistant to the charms of royalty for a range of historical reasons.

Poor unborn baby, already entrusted with a mission you’re more than likely not able to carry out. Not until you’ve at least learned to walk. 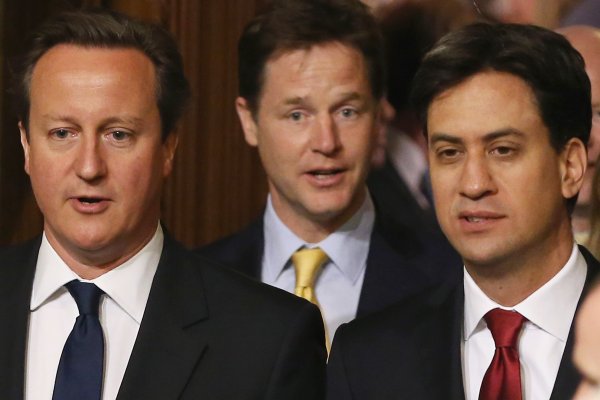