After six months of simmering silence—punctuated by anonymous griping to regulators and reporters—big television content companies and programmers are beginning to speak out against Comcast’s $45.2 billion proposed merger with Time Warner Cable.

In a filing with the Federal Communications Commission last Thursday, Discovery Communications, which owns Discovery Channel, Animal Planet and TLC, wrote that the merger could create monopoly-like conditions in the TV space by giving the combined company unprecedented control over advertising, sports programming, broadband speeds, and what TV shows make it into American homes, at what price.

The merger, which would tie the biggest and second-biggest cable companies in the country, “could result in lower quality, less diverse programming, and fewer independent voices among programmers,” the statement said. Discovery is backed by Jon Malone, the billionaire former head of Liberty Media and Comcast CEO Brian Robert’s one-time mentor.

Silicon Valley tech firms, like Netflix, small regional cable companies, like RFD TV, and satellite TV distributors, like Dish, have already voiced their opposition to the merger, testifying before Congress on the subject since it was announced in February. But until last week, big TV content companies have remained silent on the issue.

While a Discovery Communications representative declined to explain the timing–why now?–industry analysts have suggested that a public statement from a behemoth like Discovery might prompt other large networks to pipe up in the last four to six months of the review. Opposition from large, influential companies, like Viacom, 21st Century Fox, Time Warner and Disney, could change the tenor at the FCC and the Justice Department, the two federal agencies that are in the process of reviewing the merger for anti-trust issues and consumer concerns. The agencies are widely expected to approve the deal as early as this winter.

The FCC has received roughly 75,000 complaints about the merger, mostly from the tech industry, consumer rights activists, and citizens concerned with dismal customer service experiences at both Comcast and Time Warner Cable.

One reason content producers and programmers have not said much thus far is likely because they rely heavily on payments from TV distributors—Comcast chief among them—for their bottom line. Last year, Comcast paid networks $9.1 billion in “retransmission fees,” a sum that makes up the majority of profits for even the nation’s largest programmers. Without those fees, many content producers’ business models would collapse, or they would be forced to join forces–Scripps and Discovery? Viacom and AMC?–to compete.

If the merger is approved, a new, even-larger Comcast will control 30% of the American TV market and dominate 19 out of 20 of the biggest cities in the country, giving it a much more powerful position at the negotiating table. Rivals fear that if Comcast chooses not to carry a network, or to relegate a channel to a cable tier that reaches fewer American homes, it could all but destroy a network’s ability to survive or receive adequate advertising.

Comcast, for its part, has said that its merger with Time Warner Cable would simply recalibrate what it describes as a grossly unequal balance of power in the TV marketplace. In April, Comcast’s man in Washington, David Cohen, said at a Senate Judiciary Committee hearing in April that programming costs have gone up 98% in the last decade because “programmers have more power at the negotiating table” than distributors.

The debate is underscored by concerns about Comcast’s overwhelming dominance in the high speed broadband space. At a time when more and more Americans are shifting from watching traditional cable to watching TV over the internet (Netflix, Roku, Apple TV!), they are becoming more dependent than ever before on the high speed broadband pipes that deliver the internet to their homes–and those pipes are largely owned by Comcast too.

If the merger is approved, Comcast could control up to 70% of American broadband internet connections fast enough to stream or record several high-definition TV shows at the same time, according to recent studies. (Comcast says that it will control only 30% of broadband connections, but its definition of “high speed broadband” includes DSL connections that are too slow to stream multiple HD videos.)

Comcast’s dominance in the TV distribution space could give it the power to demand that content producers and networks do not distribute their content online, either via an independent website or through an existing platform, like Netflix. Programmers and content producers will inevitably see their industry shaped inexorably by a Comcast-Time Warner Cable merger. Whether it’s in their interest to speak out now–or to hedge their bets, stay on the giants’ good side, and wait for the merger to be approved–remains to be seen. 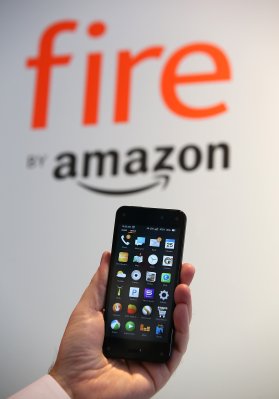