James Corden Is the New Host of The Late Late Show

British comedian and actor James Corden will replace Craig Ferguson as host of The Late Late Show, CBS confirms. Ferguson announced he would be leaving the show after 10 years last month.

Corden currently stars in the film Begin Again with Keira Knightley and Mark Ruffalo. He has performed, written, and produced popular TV shows in the Uniked Kingdom, and is a Tony Award winner for his role in One Man, Two Guvnors.

“James Corden is a rare entertainment force who combines irresistible charm, warmth and originality with a diverse range of creative instincts and performance talent,” said Nina Tassler, chairman of CBS Entertainment in a statement. “He is the ultimate multi-hyphenate – a writer, creator and performer who is loved and respected in every medium he touches, including theater, comedy, music, film and television.”

Corden has won several awards for his work in comedy, and will also star in the upcoming film Into the Woods scheduled to come out Christmas Day.

“I can’t describe how thrilled and honored I am to be taking over from the brilliant Craig Ferguson,” said Corden in a statement. “To be asked to host such a prestigious show on America’s #1 network is hugely exciting. I can’t wait to get started, and will do my very best to make a show America will enjoy.”

Ferguson will step down in December 2014. 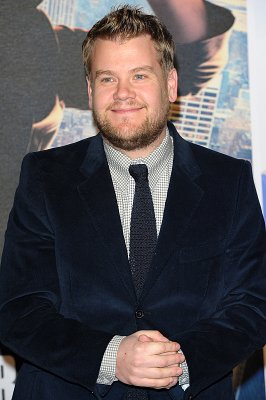 It's Official: Broadcast Late Night Stays White and Male
Next Up: Editor's Pick