If you think walking and whistling is hard, wait until you see what the Ohio State University marching band can do.

During the half time show at OSU’s football game against Virginia Tech, the band played a montage of theme songs from classic television shows like MASH, The Munsters and Dragnet. Video from Lantern TV shows band members marching in a formation that showcases iconic images from television history, like a helicopter, the Munsters’ pet hand, Thing, and even the Batmobile from the ’60s television version of the Batman franchise.

To make the project more appealing to the audience at the game (and not just their parents), the band also included homages to The Office, Game of Thrones and The Simpsons, topped off with an impressive Bart Simpson skateboarding across the football field.

This isn’t the fist time the OSU band has entertained the crowd with an impressive tribute. Last year, they re-created some Disney classics on the field and their homage to Michael Jackson was quite memorable.

MORE: Little Kid Dancing at a Wedding Totally Steals the Spotlight From the Bride

MORE: The Simpsons Are Heading to China 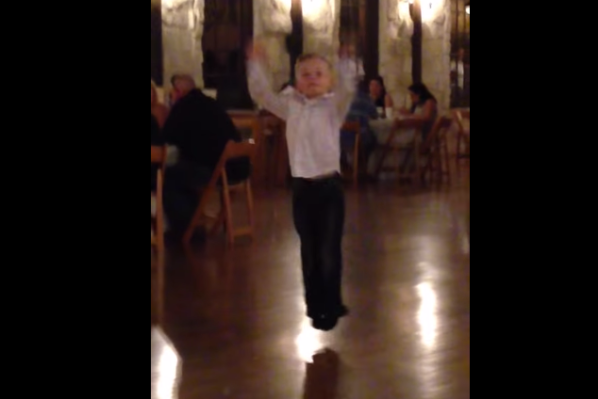 Little Kid Dancing at a Wedding Totally Steals the Spotlight From the Bride
Next Up: Editor's Pick