The College Transition: How to Parent When Your Child Leaves Home

College is supposed to be the best four years of a child’s life, a time with few responsibilities and maybe mom and dad footing the bill. All your kid has to do is learn and maybe hit a party or two, right?

Not exactly. Every year at the college orientation programs I run in New England, I watch parents idealize an experience that is actually filled with huge anxiety and change for teenagers on the brink of adulthood. If you want to parent effectively through the transition, take some time to understand what your child’s life is really like at school.

Launching a kid into college is about more than having the money to pay for it. Parents invest so much of their time and identities in the process that it can feel like a part time job. For many parents, the college your child ends up attending becomes a parenting grade. It’s far from easy to hear that your child is depressed, unhappy or failing, especially when many have sacrificed so much to get their kids across the finish line. Ask almost any adult, and most will say college sure beats working.

But that attitude ignores the fact that there has never been a more emotionally challenging time to be a college student in the United States, especially for freshmen. Nearly half of all college students reported feeling hopeless at least once over the past year, according to the 2013 National College Health Assessment. In 2010, a study by the University of California at Los Angeles found the highest-ever recorded levels of stress among first year students, especially women.

I run skills-building programs focused on healthy risk taking, failure resilience, and self-care for undergraduates around the country. Like any life change, college is filled with anxiety, insecurity, social misfires and the occasional crying in one’s bed at night (I wouldn’t personally know anything about that).

In a much talked about new book, Excellent Sheep, former Yale professor William Deresiewicz calls foul on a system that turns its most elite students into robotic, failure-avoidant machines, hell-bent on success but disconnected from a genuine desire to learn or contribute. “Look beneath the façade of seamless well-adjustment,” he writes, “and what you often find are toxic levels of fear, anxiety, and depression, of emptiness and aimlessness and isolation.” He calls for a wholesale change in how we educate young adults: more service learning and character building, less resume stuffing and wealth obsession.

If your child is the first in your family to go to college – there are about 4.5 million of them starting at universities each year — they are less likely to be academically prepared, understand the financial obligations involved or even graduate. If your child comes from the bottom quarter of income distribution, college is a place where she’s in the extreme minority: In a survey of the top 100 schools, Deresiewicz reports, only 3 percent of undergraduates came from families in the bottom quarter of the income distribution, while 75 percent were from the top quarter.

Besides, the right school still might not make a child happy and, according to new research, students aren’t even learning very much anyway. Last week, authors Richard Arum and Josipa Roska released an update of their shocking book, Academically Adrift, in which they revealed many students had “limited or no learning at school.” In a new follow-up study, the researchers found the now graduated students unable to settle on careers because of a lack of critical thinking skills.

We hate seeing our kids in pain. But trying to fast forward through a child’s struggle can have the opposite effect. “Pain and struggle build muscle,” says Julie Mencher, a psychotherapist in Northampton, MA who consults with colleges on mental health issues. “They are part of the college process. You wouldn’t want them to sail through. They won’t be prepared for life.”

Remember when they were learning to walk? They would face plant, then look right at you. If you freaked, their faces crumpled. If you said, “Oopsie, you fell! You’re okay,” and helped them up, they toddled right on. All these years later, little has changed. The right mix of empathy and optimism will teach your children how to respond to their new experiences away from home. “You have to model the ability to cope with feelings,” Mencher says. “Your reaction will influence theirs.”

Taking full advantage of all that college offers can be tough for teens facing a major life transition under pressure to perform. Perhaps we should all lower our expectations and let kids find their way. You can give them the opportunity to thrive, but when it comes to finding happiness or success, kids are really on their own. The good news is that an adolescent’s emotional roller coaster comes with one plum benefit: feelings pass and shift quickly. Last night’s despondent text can turn into tomorrow morning’s happy hello. Kids also reserve their foulest feelings for parents and most college students don’t want to get pegged a downer by their new friends. That leaves you as the receptacle for their anger and frustration.

If your kid seems happy, godspeed. But just because she rocked college last year doesn’t mean she won’t minor in heartbreak or identity crisis next semester. Be prepared. Look your kids’ struggles in the eye, and don’t blink. They’ll thank you for it – and text you more often. 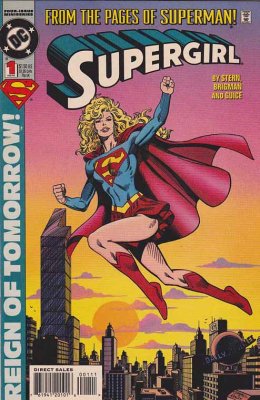 Supergirl Is Getting Her Own TV Show
Next Up: Editor's Pick