Twitter is diving into the world of e-commerce with a new “Buy” button embedded directly into tweets, the company said Monday.

When clicked, the button will prompt users to enter their payment and shipping information to purchase a product. Twitter will then store that information to make future purchases more seamless. The company promised that Twitter-exclusive items would be available to purchase through the tweets.

The feature is currently available for a limited number of U.S. users on Twitter’s iOS and Android apps. Home Depot, Burberry and Pharrell are among the 20-plus brands and artists that will be offering products for sale during the feature’s early rollout.

“This is an early step in our building functionality into Twitter to make shopping from mobile devices convenient and easy, hopefully even fun,” Twitter said in a blog post.

Twitter has long been signaling that it has big ambitions in the world of mobile commerce. The company hired the former president of Ticketmaster as its first head of commerce last year and recently introduced a partnership with Amazon to let users place products in their Amazon shopping cart via a Twitter hashtag.

The opportunity is lucrative. Research firm eMarketer projects that mobile commerce revenue will climb above $50 billion in the U.S. in 2014. And Twitter’s not the only social network going for a piece of that pie: Facebook began testing a very similar “Buy” button back in July. 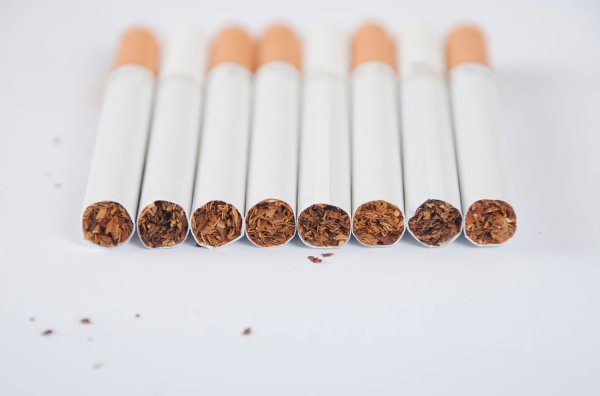 See Who Really Runs the U.S. Cigarette Game
Next Up: Editor's Pick