Animal fur might be protective against asthma and allergies, a new study finds.

The research, just presented at the European Respiratory Society International Congress, examined data from 2,441 German children and found an association between sleeping on animal fur, like sheepskin rugs or throws, during their first three months and a decreased risk of asthma later in childhood, by age 10. Snoozing on fur was also associated with a lower risk of hay fever and wheezing.

Using animal fur as bedding was a common practice in Germany during the 1990s when the data was collected—about 55% of the children examined had slept on animal fur. Sheepskin is among the most popular kind, said lead study author Christina Tischer of the German Research Center for Environmental Health in an email.

The fur rugs aren’t typically treated with pesticides or strong chemical agents, she said. “We think that this animal fur might act as a reservoir for diverse kind of microbial components which [accumulate] over time within the animal fur,” she wrote.

Other studies have shown that diverse microbial environments seem to be protective against allergies, supporting the “hygiene hypothesis” that our hypersanitized lives weaken our defenses by not exposing them to enough bacteria to build proper immunity. The live kind may work, too. If you don’t have a spare bear rug in which to swaddle your infant, other studies have shown that infant exposure to pets might make infants less prone to allergies. 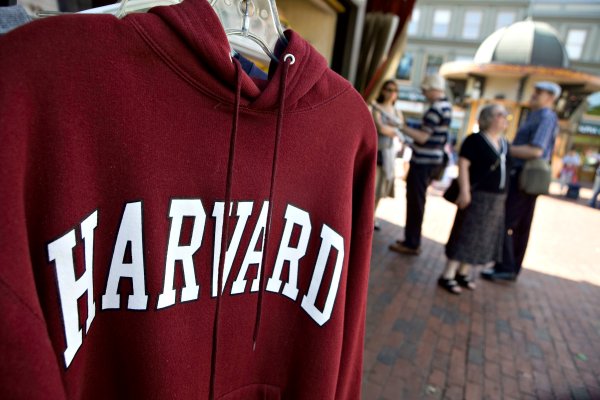 Harvard Gets Biggest Gift Ever for Public Health School
Next Up: Editor's Pick