That sound you hear? That’s the din of thousands of Directioners just dying over news that One Direction has a brand new album coming soon.

The boy band announced this morning that Four, their aptly-named fourth album, is due on November 17th. This album follows the wild success of Midnight Memories, which was the bestselling album worldwide in 2013. Add to that the band’s sold out stadium tour; their 3D documentary, This Is Us; their 3 billion YouTube views, 109 million combined Twitter followers and 33 million Facebook fans, and it’s enough to make you just give up and recognize our well-coiffed, nattily dressed twenty-something pop overlords. Respect.

To make the occasion even more memorable, One Direction are offering fans a free download of a brand new track, “Fireproof,” which was written by Louis Tomlinson and Liam Payne (along with John Ryan, Jamie Scott and Julian Bunetta). Sorry, Harry Styles, Niall Horan, and Zayn Malik fans, but you’ll just have to wait to hear their contributions to the album, which a press release assures us is “more personal” — that is, perfect for listening to while wearing your One Direction onesie in your One Direction sheets while writing One Direction fan fiction in your One Direction diary.

While there’s no word yet as to tour dates for the boy band, don’t worry: Nick & Knight are headed out on the road now. 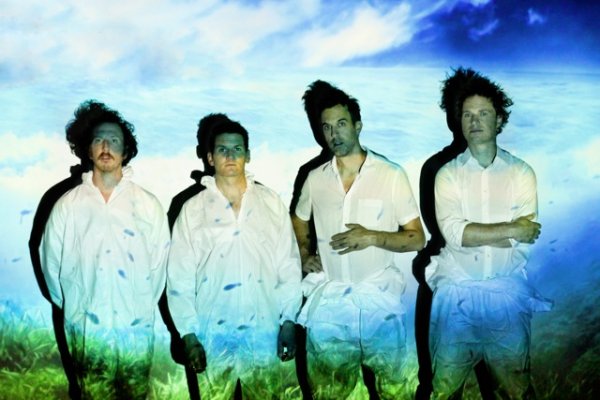 Exclusive: Guster Has 'Become Something Else' on New Song 'Simple Machine'
Next Up: Editor's Pick