Jack the Ripper Was a Polish Barber, Says Amateur Sleuth

Jack the Ripper was a young Polish immigrant who cut hair when he was not cutting up bodies, according to a new book. The author names the serial killer through DNA evidence recovered on a shawl picked up at a crime scene 126 years ago.

Aaron Kosminski, a 23-year-old barber at the time of the murders, and a longtime popular suspect in the unsolved case, was “definitely, categorically and absolutely” Jack the Ripper, the sadist who butchered at least five women in London’s East End in 1888, says author Russell Edwards, who calls himself “an armchair detective.”

“I’ve got the only piece of forensic evidence in the whole history of the case,” Edwards told the U.K.’s Press Association. “Only nonbelievers that want to perpetuate the myth will doubt. This is it now — we have unmasked him.”

Edwards’ book, Naming Jack the Ripper, will be published in the U.K. this week. His Sweeney Todd–style findings have not been published in a peer-reviewed scientific journal, and his conviction that Kosminski was the killer is matched only by the conviction of scores of other sleuths.

The streets of London’s impoverished East End were already bad enough when, on an August night in 1888, prostitute Mary Ann Nichols was found dead on one, her abdomen slit open. Over the next 12 weeks, someone would kill four more local demimondaines in the same grotesque manner — slicing their bellies, pulling out their organs and leaving their bodies in the streets for apparent public viewing. London was petrified, and it was transfixed: so much gore, with a compelling glimmer of sex and rage.

None of the murders were ever solved, but authorities pinned them all on one hand and called the serial killer “Jack the Ripper,” after the signature on a September 1888 letter — albeit perhaps a fake — sent to London police.

Edwards says that he fingered Kosminski through a shawl bought at a 2007 auction. A letter sold with the item said that a local policeman had picked it up from the scene of Catherine Eddowes’ murder — the Ripper’s fourth victim — and had presented it to his wife. However, she was understandably perturbed by the grisly gift and never wore it, instead packing up the blood-splattered rag in storage, the letter said.

Edwards, teaming up with molecular biologist Jari Louhelainen, then contacted living descendants of both Eddowes and Kosminski and matched their DNA with samples on the shawl.

“Thank God the shawl has never been washed, as it held the vital evidence,” added Edwards.

Kosminski was a Polish-Jewish immigrant who fled persecution under imperial Russia and arrived in London in 1881. The barber was admitted, penniless, to a workhouse in 1889 and then to an asylum, where he died in 1899 of gangrene.

London authorities at first wondered if Jack the Ripper was a butcher, or maybe a physician. Later, local officials said he was not a skilled executioner at all, but a messy one. Theorists have also accused — in the court of public opinion and in the market of book deals — a cat-meat salesman, a schoolteacher and a South African pimp, among lots, and lots, of others. 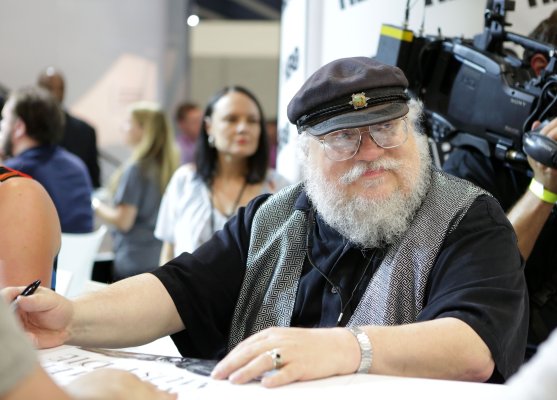