The flag of Scotland, the Saltire, blows in the wind near Berwick-upon-Tweed on the border between England and Scotland on Sept. 7, 2014
Russell Cheyne—Reuters
By Helen Regan

The British government has promised a range of new financial powers for Scotland if voters choose to stay part of the U.K.

Residents of Scotland will head to polling booths on Sept. 18 in a historic vote to decide whether to become an independent nation for the first time in more than four centuries.

The new offer comes as opinion polls swung in favor of a Yes vote for Scottish independence for the first time this month. A YouGov poll put the Yes campaign at 51% while the No campaign slid down to 49%.

In light of the sudden swing, British Chancellor of the Exchequer George Osborne said the new powers would include more autonomy on tax, spending and welfare if Scots vote against independence.

“Then Scotland will have the best of both worlds. They will both avoid the risks of separation but have more control over their own destiny, which is where I think many Scots want to be,” the Conservative MP told the BBC.

But many in the Yes camp feel the offer smacks of desperation, and is too little too late.

“I don’t think people are going to take this seriously. If the other parties had been serious about more powers, then something concrete would have been put forward before now,” Nicola Sturgeon, deputy leader of the proindependence Scottish National Party, told the BBC.

Her views were echoed by First Minister Alex Salmond of Scotland. “This is a ridiculous position being put forward by a campaign … in terminal trouble,” he said. “They have failed to scare the Scots, now they are trying to bribe us.”

Since the referendum campaign started, surveys have shown that Scotland would likely stay within the U.K., but the current shift in the polls now has the British government worried that Scots will choose to secede.

A key issue has been whether an independent Scotland could continue to use the currency pound sterling — a prospect all three of the major London-based political parties say they would veto, but the Yes campaign insists it is outside of Westminster’s control. 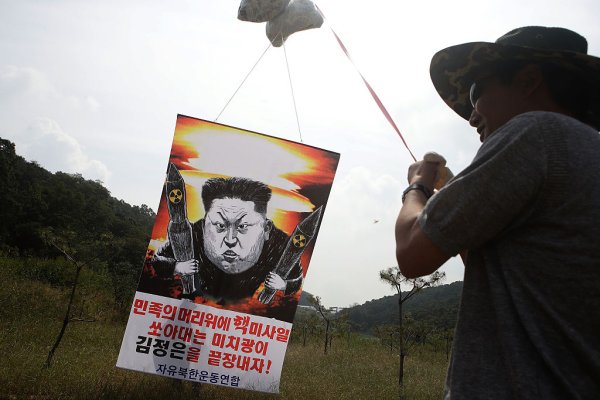