The Turkish Prime Minister has banned Twitter across the country. Twitter was blocked just after midnight in Turkey on Thursday, according to Reuters.

Prime Minister Tayyip Erdogan stated his intention to block the social media platform—which has been an essential means of communication and organization in Turkey—12 hours before actually cutting if off, according to the Turkish newspaper Hurriyet Daily News. “We now have a court order. We’ll eradicate Twitter. I don’t care what the international community says. Everyone will witness the power of the Turkish Republic,” Erdogan said at a campaign rally in Bursa on March 20.

On Friday, Turkish President Abdullah Gul tweeted his own thought on the matter, quite different from Erdogan: “One cannot approve of the complete closure of social media platforms,” he wrote, adding that only individual web pages should be blocked if a court order is in place specifically regarding the violation of an person’s privacy.

In 2013, during the Occupy Gezi protests, Erdogan called all of social media “the worst menace to society.” This ban comes just before the local elections in Istanbul on March 30 and shortly after the February protests in Taksim Square in Istanbul against a controversial Internet law. The new law makes bans such as this illegal.

“The ban started after midnight and got into effect gradually depending which internet providers they used, but it’s a court order (actually four different courts) which means every provider, including GSM companies, are obliged to implement this ban,” Turkish journalist Erdem Arda Gunes told the Daily Dot.

Erdogan’s office said in a statement that Twitter failed to follow Turkish court orders that sought Twitter to remove some links on their site. “If Twitter officials insist on not implementing court orders and rules of law … there will be no other option but to prevent access to Twitter to help satisfy our citizens’ grievances,” the statement said.

Twitter told Reuters they were investigating the issue but had not official statement. The San Francisco-based company has offered an alternate method for tweeters in Turkey to use the platform:

However, those who cannot access Twitter in Turkey will likely not see the alternate method offered by the company.

Erdogan threatened two weeks ago to ban Facebook and YouTube along with Twitter, according to Reuters. After incriminating audio recordings revealing corruption inside his government popped up on these services, Erdogan said his enemies were abusing the platforms. 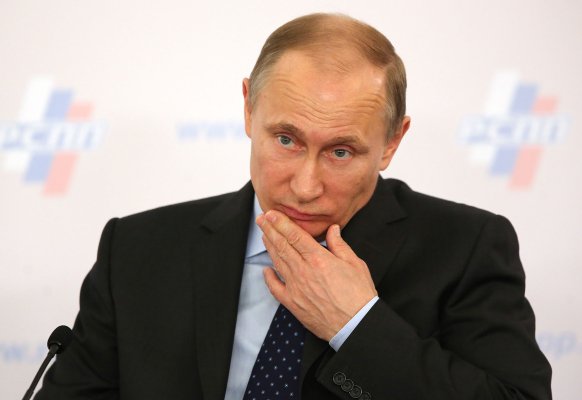 U.S. Adds More Pain on Putin
Next Up: Editor's Pick