Apple’s iPhone 6 is hotly tipped to be announced Tuesday during Apple’s hyped Sept. 9 event. And while the iPhone 6’s specs aren’t known yet—rumors say bigger screens, sapphire glass and near field communication—something we do know about is the software it’ll run. iOS 8, Apple’s new operating system that’ll ship on the iPhone 6, has been out in beta since Apple’s Worldwide Developer’s Conference in early June. Since then, several beta versions have arrived, giving us a look at what we can expect from the iPhone 6.

1. QuickType can predict what you’re going to write before you write it.

Apple is taking a cue from Android’s predictive text. iOS 8’s new texting feature will have a bar above the keyboard that shows you words that you’re likely to use to respond to certain incoming texts, or words you’re likely about to type as you type. And the more you use it, the more your iPhone will learn about the way you text. If that wasn’t enough, iOS 8 also enables third-party keyboard installation, so you’ll be able to use apps like Swype—in which you spell by swiping your finger, without lifting, across letters—to communicate even faster.

2. Spotlight is getting smarter, too.

Let’s say you want to see an action movie on Saturday night. Normally you’d open up Safari, type in the movie name, and look for showtimes and theaters. Or you’d use a third-party app. But now if you search it on Spotlight—that’s the search bar that appears when you swipe down anywhere on your home screen—it’ll tell you nearby theaters, showtimes, even ratings.

Before iOS 8, Spotlight was the kind of function you’d use to search within your iPhone: to pull up contacts or apps, or to search words or phrases in texts or emails. But Apple’s trying to make Spotlight expand its capabilities beyond your what’s simply in your phone, and instead to news, the App Store and the wider web. So when you swipe down for Spotlight, it won’t say “Search iPhone” anymore. It’s “Spotlight Search” now.

The new app is a hub to gather and collect your personal info and data on fitness, diet, sleep, medication and more. The Health app itself isn’t going to collect data—you can authorize third-party apps that monitor, for example, how many steps you take or how you sleep, to feed their data into Health. You’ll also be able to connect it to wearable technology like Nike+ or Fitbit — or Apple’s rumored wearable device of its own.

4. Siri is getting some tips from Shazam.

Apple has partnered with Shazam to give Siri sound-recognizing powers. And you can start talking to her without having to hold down the home button: just say “Hey, Siri!” Even better? Siri also displays the text of what you’re saying as you say it, and she’s become fluent in 22 languages.

5. You can reply to texts without opening the Messages app.

Normally when you get a text or iMessage, you’ll see a notification banner that appears at the top of your screen—that much hasn’t changed. But in iOS 8, to reply to that message, you simply swipe down on the banner. A text box appears in which you can directly reply to that message, in writing or by voice note. In other words, if you’re busy crushing candy, you don’t have to switch out of the game to answer your friend that, yes, you will be 10 minutes late — because you’re crushing candy.

And this is just one part of iOS 8’s revamped Notification Center. The new reply feature will be available for third-party apps like Twitter and Facebook, so you can quickly and easily retweet, favorite or like a post without having to open up the apps.

Just a bit. Apple’s upgraded Photos app will allow you to adjust lighting and saturation with sliding scales that show you what the photo would look like before you apply the changes. (And that’s something Instagram doesn’t even have.) More, while Apple’s already made photos across devices pretty seamless with Photo Stream, there’s now a new option to “like” your own photo that’ll make the photo appear on all your Apple devices.

7. You can place calls over Wi-Fi.

Like when iMessage allowed you to send text messages over Wi-Fi, the same is happening for calls, in a Skype-like feature. For now, it’s available only for T-Mobile customers in the U.S. Meanwhile, Vodafone reportedly has plans to enable Wi-Fi calling in Australia. And perhaps more carriers will follow in their footsteps, too.

8. You can coordinate your phone with your family.

iOS 8 users can add up to six family members that can share purchased apps, music and books with the same credit card. Calendars can be synced, too, and photo streams will be automatically set up. There’s also an option to allow kids to send requests to their parents for app downloads, so your child doesn’t accidentally—or intentionally—give $120 to Kim Kardashian. 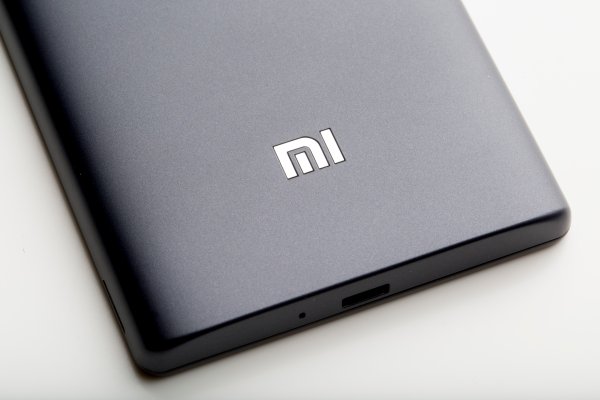 These Budget Smartphones Sold Out in India in 4.2 Seconds
Next Up: Editor's Pick