Netflix CEO Reed Hastings lashed out at the top U.S. Internet service providers on Thursday for charging an “arbitrary tax” on the popular online video company for ensuring that users receive good service. Hastings made his comments in a blog post one month after Netflix struck a deal with Comcast to connect their networks directly to improve service for consumers.

Hastings’ comments are the latest salvo in the multi-year battle over “net neutrality,” the idea enshrined in the now-defunct U.S. Open Internet rules that prohibited major Internet service providers like Comcast, Verizon, and AT&T from favoring some online services at the expense of rivals. Hastings’ blog post provoked a quick response from Comcast, which declared that no company has had a “stronger commitment to openness of the Internet than Comcast.”

Here’s the question: Should paid peering agreements between Internet content companies, bandwidth providers and broadband service providers be covered by net neutrality rules? In its 2010 Open Internet order, which was struck down by a federal judge in January, the Federal Communications Commission made clear that wasn’t the case. The timing of Hastings’ post is not arbitrary: Friday is the deadline for filing comments in the FCC’s Open Internet docket, which is designed to remedy the recent court defeat.

The FCC’s order, which only applies to the “last mile” connection into consumers’ homes, specifically exempted “existing arrangements for network interconnection, including existing paid peering arrangements,” which means that the interconnection deal struck by Comcast and Netflix last month is not covered by the rules. Still, some net neutrality advocates want to make paid peering deals a net neutrality issue, and Hastings appears to be appealing to that constituency.

In his blog post, Hastings drew a contrast between what he called “weak” net neutrality, which is how he described the FCC’s recently overturned rules, and “strong” net neutrality,” which he said would prevent ISPs from “charging a toll for interconnection to services like Netflix, YouTube, or Skype, or intermediaries such as Cogent, Akamai or Level 3, to deliver the services and data requested by ISP residential subscribers.”

Internet service providers, Hastings asserted, “must provide sufficient access to their network without charge.” That proposition is anathema to the nation’s largest ISPs, which for years have expressed displeasure that they are obliged to deliver high bandwidth content — which often competes with their own video offerings — over the infrastructure they’ve spent billions of dollars to build. By suggesting that the nation’s largest Internet service providers connect Netflix to consumers “without charge,” the online video service is asking for special treatment, the ISPs say.

In his blog post, Hastings did not identify a policy solution to his company’s problem. One option would be for the FCC to reclassify broadband as a “telecommunications” service, which would allow it to establish “common carrier” regulations prohibiting the broadband giants from discriminating against rival services. It’s unclear whether this so-called “Title II” reclassification is what Hastings had in mind when he referred to “strong” net neutrality. A Netflix spokesperson did not immediately return a request for comment from TIME seeking clarification.

Hastings did say that Netflix is willing to pay ISPs for better service for consumers. Neither Netflix nor Comcast will disclose the financial details of their interconnection agreement, but Netflix has said that the amount is not “material” to its bottom line. But that’s just for Comcast. Netflix is concerned that now that it’s struck that deal, other ISPs like AT&T and Verizon will demand a similar amount, which could add up quickly. It’s no wonder Netflix CEO Reed Hastings has buyer’s remorse.

Despite the fact that paid peering agreements have been a standard feature of the Internet’s behind-the-scenes architecture for many years — and were explicitly allowed by the FCC — Netflix now wants to frame such deals in terms of net neutrality. “Some big ISPs are extracting a toll because they can — they effectively control access to millions of consumers and are willing to sacrifice the interests of their own customers to press Netflix and others to pay,” Hastings wrote. “Netflix believes strong net neutrality is critical, but in the near term we will in cases pay the toll to the powerful ISPs to protect our consumer experience.”

For its part, Comcast bristled at the suggestion that it was extracting an unjust “tax” from Netflix. “The Open Internet rules never were designed to deal with peering and Internet interconnection, which have been an essential part of the growth of the Internet for two decades,” David Cohen, Comcast’s executive vice president, said in a statement. “Providers like Netflix have always paid for their interconnection to the Internet and have always had ample options to ensure that their customers receive an optimal performance through all ISPs at a fair price.”

Netflix’s net neutrality outburst comes as federal and state regulators are scrutinizing Comcast’s proposed $45 billion deal to buy Time Warner Cable, which would create a broadband titan with unprecedented market power. (Time Warner Cable was spun off from TIME parent Time Warner in 2009.) As part of the proposed Time Warner Cable deal, Comcast will extend the commitment it made during its NBCUniversal review to abide by open Internet principles until 2018.

The latest flare-up between Netflix and Comcast underscores the ongoing shift in the commercial architecture of the Internet as consumers use increasing amounts of bandwidth. It also highlights the growing leverage held by broadband giants like Comcast in negotiations with content companies like Netflix. After the FCC’s Open Internet rules were struck down, the nation’s largest Internet companies were plunged into a period of uncertainty. It’s now up to the FCC to decide how it wants to proceed, and whether paid peering deals like the one struck by Comcast and Netflix will be covered by its rules. 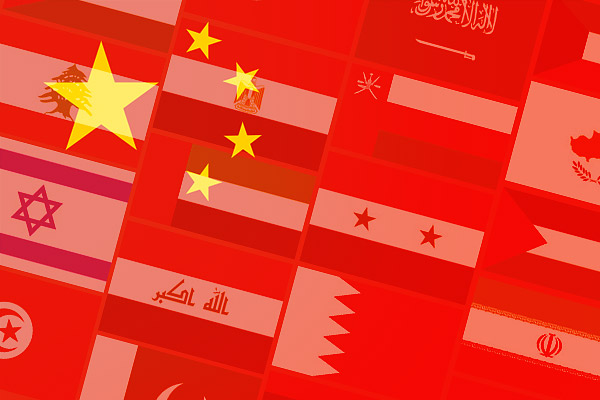 Why China Is a Nightmare for American Internet Companies
Next Up: Editor's Pick