Young Adults Have Basically No Clue How Credit Cards Work

Almost two-thirds of young adults today don’t have a credit card, but maybe that’s for the best, given their sweeping lack of know-how about this common financial tool.

Although Americans of all ages are less reliant on debt since the recession, millennials are far and away the most credit-averse age group. Bankrate finds that, among adults 30 years old and older, only about a third don’t have any credit cards at all. New research from Bankrate.com finds that 63% of millennials, defined as adults under the age of 30, don’t have any credit cards. Among those who do, 60% revolve balances from month to month, and 3% say they don’t bother to pay at all — more than any other age group.

And young adults also think it takes much less to get a good credit score. BMO finds that, overall, most Americans think a score of 660 or higher is a “good” score. In reality, that may have been true pre-recession, but it isn’t anymore. BMO says a good score is one that falls in the 680 to 720 range. Millennials, though, believe than anything above a 625 means you have good credit — a misconception that could cost them in the form of higher interest rates on credit cards and loans.

Millennials are also more likely than any other age group to think that store credit cards don’t count towards your score and that the credit card companies control their scores.

In reality, it’s up to the individual to maintain their credit score, and if millennials continue along not bothering to learn the essentials of credit and how to use it responsibly, they could end up paying for it in the form of lost borrowing opportunities or higher interest rates, Jeanine Skowronski, Bankrate’s credit card analyst, warns in a statement.

“The responsible use of credit cards is one of the easiest ways to build a strong credit score, which is essential for qualifying for insurance policies, auto and mortgage loans, and sometimes even a job,” she says. 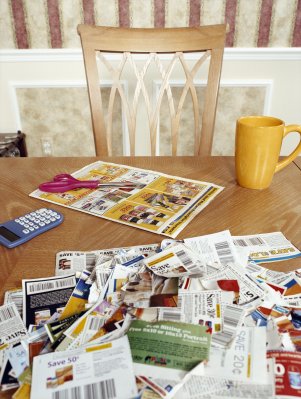 6 Ways Coupons Actually Cost You Money
Next Up: Editor's Pick