My Glorious Evening With a ManServant

The last bachelorette party I went to was just great, full of lighthearted reminiscing and champagne-guzzling—until the strippers arrived. We only ordered one and two showed up, insisting on being paid in cash. The sight of them “getting ready” in the bathroom traumatized one poor lady. And then the two of them proceeded to get so naked and so up in our faces that one attendee started yelling, “I’m Catholic! I’m Catholic!” Visions of their gyrations and motorboating lingered in the house after they left, like a really inappropriate poltergeist.

So when my maid of honor started asking about what I wanted for my own bachelorette party a few months ago, I immediately said “No strippers,” and not in the coy way someone insists that you really shouldn’t get them anything for their birthday. I did not want to see a penis on so much as a straw, let alone a human. And yet, there seemed to be some element missing, an equalizer for the strippers my fiancé would be “forced” to ogle by his groomsmen, and some tangible symbol of the some 3.5 billion men I would be forsaking from this day forward.

Within a certain diameter of Silicon Valley, there really is a startup for everything. This one, founded by former advertising copywriters Josephine Wai Lin and Dalal Khajah, promises a bespoke experience wherein a handsome gentleman waits on you, adores you, and responds gratefully to your every whim. With his pants on. I contacted the ladies behind the venture and they agreed to provide me with a sample ahead of their September launch. (Ordinarily they cost between about $90 and $125 per hour.)

The first step was to build him, kind of like those nerds in Weird Science. You get to pick his name, his wardrobe and his “special skills,” as well as outline tasks he should be prepared to complete with aplomb. My fiancé jokingly said we should call him Spartacus (after Hank Azaria’s character in The Birdcage), and much to his chagrin, the name stuck. I then canvassed the seven ladies attending about what they would like Spartacus to wear and what his special skills should be. It was generally agreed that Spartacus should be of the dapper “tall, dark and handsome” ilk with “soul-penetrating eyes” and “big hands.” Much more interesting, and much harder for the service to fulfill, was the skill set that resulted from everyone’s input. Here is just a selection of their requests:

Based on our requests we were sent three “casting options,” which included descriptions and headshots of the ManServants. My betrothed, lying in bed with me when the menu arrived, was none too thrilled with how thrilled I was to be picking and choosing. Afterward I asked him what he was thinking: “When a ‘catalogue’ of servants appeared I wondered what criteria the choice would be made by. I was hoping that singing ability and not pecs would win out. On the other hand, what would that say about me?”

The idea of a stripper, it seemed, was in some ways more comfortable, because it was a million miles away from how I interact with him. Being a stripper, he says, is more “emasculating.” It also invites no comparisons, or at least none that aren’t entirely superficial. And I get it. I wouldn’t be worried about him eloping with Sprinkles the stripper. But if he custom-ordered a woman who could bake and do ballet, a beautiful model with perfect breasts and rapier wit, I’d lose my marbles a bit.

Turns out, despite all the special skills they requested, the ladies didn’t care about his skills very much at all. Without exception, the ladies ignored biographies and instead said they wanted the guy in the blue shirt:

The big day rolled around and suit-clad Spartacus arrived at my apartment, with just the face and

five o’clock shadow we had ordered. He offered a bottle of bubbly as a gift and I introduced him around. Our first question, of course, was about what he wasn’t allowed to do. Spartacus, who, wonderfully, referred to himself in the third person all night, explained that Spartacus could not strip, nor could Spartacus drink. (My inquisitive friend Betty later tried to see if there was a way to get his clothes off without breaking this rule. “What if you had red wine spilled all over your suit?” she asked, holding a glass of wine. “I mean, it’s a nice suit. You’d probably want to clean it.”)

We also asked what instructions he had been given before the evening started and Spartacus answered: “To anticipate your every need.” To that end, he had been outfitted with a tote that included: Ibuprofen, Band-Aids, a Tide stain stick, wine opener, tissues, a lint roller, Evian face spray, two handheld fans, a nail file, Chapstick and Altoids. As we waited for some stragglers to arrive, he dealt us a poker game. In one hand, he misdealt, and his immediate reaction was to hold out his hand for a disciplinary tap. He made us drinks, gave us “apartment pours” and remembered to fill the ice trays, showered us with compliments at every opportunity and never asked for anything.

Spartacus clearly had the task list memorized, at least the ones he was capable of doing in the stretch of one evening. He recited an E.E. Cummings poem to me: “I will take the sun in my mouth / and leap into the ripe air …” We did indeed walk the streets, where he held a paper umbrella over my head at the front of the entourage and told all passersby, “No photos, please.” When some people tried to photobomb us, he politely showed them the error of their ways. Though he didn’t juggle or parkour, Spartacus did come with a dragon tattooed on his neck, because we had told the service we liked this number on George Clooney. He even told us a tale of how he slay the beast by ripping its heart out with his bare hands, his “weapon of choice” it turns out. He took photos of us whenever we wanted. He sang with abandon, sometimes to me.

The novelty and role reversal of the ManServant situation was far better than with male strippers, who may ostensibly be undressing at the ladies’ pleasure but are still controlling what happens and when. I’m sure there are women out there who truly love themselves some Chippendales, but many would also probably agree that they’re one-dimensional and predictable. Spartacus was like a handsome canvas who would paint itself with whatever we could imagine.

At times, it was almost hard to know quite what to do with him. We made Spartacus hop like a

bunny and we used his hands as coasters. We made him assign us spirit animals and say that Betty’s was a wildebeest. We asked for and received back massages and hand massages. At bars, he held our bags and pushed to the front to order our drinks. And it was all great. But the funny part is that my fellow ladies, given a man to do whatever they wanted with, weren’t that interested in objectifying or demeaning him or pushing boundaries.

I mean, what would you imagine that a group of men would do with a WomanServant? Probably not much that would bear repeating in mixed company. Given the same chance, my friends chose not to slap his behind or make him dance on them sexily but instead asked him to reveal who he was, how he got the gig, whether he ever had braces, if he had siblings. After getting my permission to break character, which had included an elaborate backstory about his time spent as a gladiator and an avowal that he was a virgin, Spartacus answered everything.

At a bar toward the end of the night, Spartacus bent down on one knee to complete one of his tasks. “Katy, my lady, will you marry me?” he asked, sporting a freshly unwrapped Ring Pop. “I’m sorry, Spartacus,” I said. “It’s not you, it’s me.” He took it well, and at the end of our time together it almost felt like we all parted as friends, even if the ManServants are paid handsomely for their troubles.

Granted, every experience with a ManServant will be different, and it’s really up to the group who orders him to make him as good as he can be. But at the very least, you shouldn’t need therapy when the night is over, even if you might need a hug. 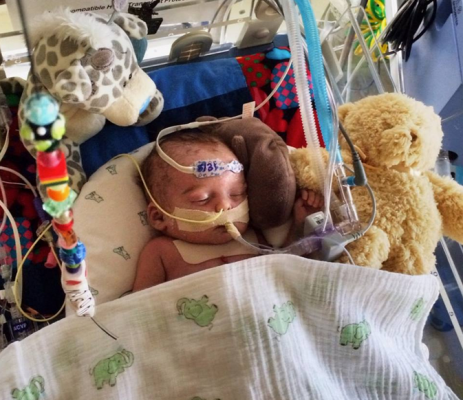 Facebook Sorry for Rejecting Ad Over 'Gory' Photo of Infant
Next Up: Editor's Pick