Seth Green: The Identical Is Not a Movie About Elvis

Seth Green in The Identical
By Nolan Feeney

He’s got jet-black hair, a booming voice and a Graceland-like estate — but Drexel Hemsley, the fictional rock-and-roll star in The Identical, now in theaters, is no Elvis Presley. Rather, the film takes a footnote from Presley’s biography — that he had an identical twin who died at birth — and turns it into the movie’s central hypothetical: While Drexel becomes a national celebrity, what if an unknown but equally talented twin were also trying to make his own way in the world?

“I’ve had a lot of people approach me and say, ‘Oh, I didn’t know you were such an Elvis fan,’” says Seth Green, who plays the best friend of Ryan Wade, the other twin and the film’s protagonist. “This movie just uses the notion of Elvis’ twin brother dying at birth to tell a story about nature-versus-nurture and the life you chose versus the life people choose for you. Even if you don’t like Elvis, or have never heard Elvis, or have a physical and mental aversion to Elvis, that’s not what this movie is.”

Real-life Elvis impersonator Blake Rayne plays both brothers in the film, but he spends most of his screen time as Ryan Wade, who grows up the son of a strict preacher (Ray Liotta) after his cash-strapped birth parents give him up in a secret adoption. But while Wade wrestles with heavy questions about identity and finding his calling, as the trusty sidekick and bandmate Dino, Green gets to be the eternal goofball.

It wasn’t hard to be cheerful for Green, who spent a few weeks filming in Nashville, hanging out behind a drum kit, practicing a southern accent and donning long hair and a beard as the film’s timeline moves into the 1960s. “I practiced playing the songs specifically as opposed to playing the drums,” says Green, who grew up a fan of the era’s music. “I approached it like dance choreography — I’d put my hand on it here, or put my foot here on this note, and it made it a lot easier to wrap my head around it.”

And though he found his calling very early, beginning his acting career as a child, Green, now 40, says the musical movie’s message struck a chord — literally. “I was lucky enough to have my parents’ support at a really young age, and lucky enough to have certainty of my own purpose, and that made it very difficult to talk to anyone who didn’t take that seriously,” he says. “I can really relate to the character feeling like everything around him says, ‘Go in this direction,’ but he knows in his gut to go another.” 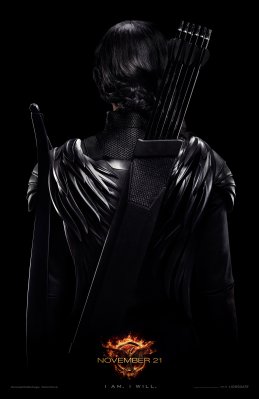 Check Out Jennifer Lawrence in the New Mockingjay Poster
Next Up: Editor's Pick