The ambulance transporting Dr. Rick Sacra, 51, who was infected with Ebola while serving as an obstetrician in Liberia, arrives to the Nebraska Medical Center in Omaha, Neb., Sept. 5, 2014.
Nati Harnik—AP
By Denver Nicks

The third American known to have contracted the Ebola virus has arrived in Omaha, Nebraska for treatment.

Dr. Richard A Sacra, 51, fell ill with the disease while working as missionary delivering babies in Liberia, one of the West African countries worst hit by a recent Ebola outbreak. The Massachusetts man will receive treatment at the Nebraska Medial Center, which has the largest bio-containment unit in the United States.

The medical facility is one of only four in the U.S. with the special equipment needed to safely care for people with dangerous contagious diseases like ebola.

Bruce Johnson, president of SIM USA, the missionary group for whom Sacra works, made a statement thanking the many parties involved in Sacra’s evacuation from Liberia. “The logistics and coordination were complex. We give praise to God that it came together so quickly and seamlessly,” he said. “Rick will be embarrassed when he finds out about all the attention.”

Little is known at present about Sacra’s condition, but officials say he was able to walk onto the plane that transported him to Omaha and is in good spirits, reports local ABC affiliate KETV.

“We are really encouraged by that news and looking forward to reuniting with him,” said Sacra’s wife, Debbie. 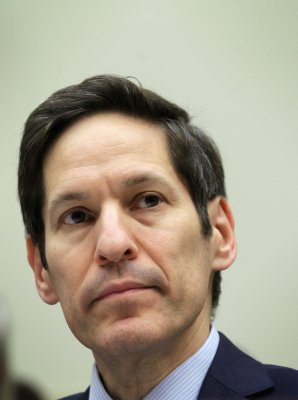 CDC Chief: Ebola 'Worse Than I'd Feared'
Next Up: Editor's Pick