Soldiers From Poor Countries Have Become the World's Peacekeepers

Undated photograph released by Hanin Network, a militant website, shows Fijian UN peacekeepers who were seized by The Nusra Front on Aug. 28, 2014, in the Golan Heights.
AP
By Adam McCauley

On Aug. 28, rebels from the al-Qaeda-allied al-Nusra Front stormed the Golan Heights border crossing between Syria and Israel, home to one of the oldest U.N. peacekeeping operations. While two contingents of Philippine peacekeepers managed to flee the rebel attack, 45 Fijian troops were captured and taken away by the rebels to parts unknown.

The Fijians were finally released on Sept. 11, but the two-week crisis crystallized a persistent yet under-reported fact: while the U.N. calls upon the international community to act in times of crises, it is often soldiers from developing nations who shoulder the stiffest burden.

In 1994, on the heels of the Rwandan genocide, the permanent members of the U.N. Security Council (China, Russia, France, the U.K. and the U.S.) provided 20% of all U.N. peacekeeping personnel.

But by 2004, Security Council nations contributed only 5% of U.N. personnel. This July, amid a tumultuous summer of violent conflicts, that figure had dropped to a miserly 4%, while the governments of Pakistan, India, Bangladesh, Fiji, Ethiopia, Rwanda and the Philippines provided a staggering 39% of all U.N. forces.

Critics can counter this charge with stats of their own. After all, they say, the permanent members contribute 53% of the U.N.’s annual budget, far outstripping financial contributions made by countries of the global south. But recent years have also seen sluggish rates of payment from wealthier nations — delays that further strain an overburdened system supporting 16 peacekeeping missions around the world.

On balance, the troops contributed by developing countries are more likely to be less well trained, under-supplied and ill equipped for the missions. Delays in financial contributions only complicate the challenges of modern peacekeeping.

So does the fractured nature of modern conflicts. Military experts, like General Sir Rupert Smith, have noted the shift from “industrial wars” of the past to today’s “war amongst the people.” Modern conflicts involve combatants whose ends are not merely the control of territory or the monopoly of politics. They wage war with their own rules, without concern for the U.N.’s mission to referee.

In response, peacekeeping has been hurriedly ramped up: more comprehensive mandates are issued and troops are cleared to use force in defense of civilians. But in the end, peacekeepers are redundant where there is no peace to keep.

The Golan Heights are no exception. The U.N. Disengagement Observer Force was set up 40 years ago precisely to observe the contentious border between Israel and Syria. Today, the threats aren’t even nation states. The peacekeepers in Golan must contend with spillover from Syria’s three-year-long civil war, and the aggression of al-Qaeda’s al-Nusra Front. They are forced to become soldiers on the front lines of a perpetually asymmetrical conflict, treated as mere machine-gun fodder whenever the international community seeks to stem the spread of terror by piling blue helmets in its way.

In a New York Times op-ed of Aug. 29, Secretary of State John Kerry discussed U.S. intentions to use its position as president of the Security Council to coordinate a response to terrorist organizations throughout the Middle East.

“The United States … will use that opportunity to continue to build a broad coalition and highlight the danger posed by foreign terrorist fighters,” Kerry wrote, adding that “President Obama, addressing the Security Council, would construct a plan to deal with this collective threat.”

For observers, however, events in Golan should serve as a warning. If the U.N. and its leading members intend to tackle collective threats, it is time to address how best to equitably divide the collective risk. In service of international stability, leaders of the developed world have become far too comfortable asking developing countries to put their troops in the line of fire.

Adam McCauley is a Canadian writer and photographer currently based in Hong Kong. His work has appeared in TIME, the New York Times, Al Jazeera and online in the New Yorker. 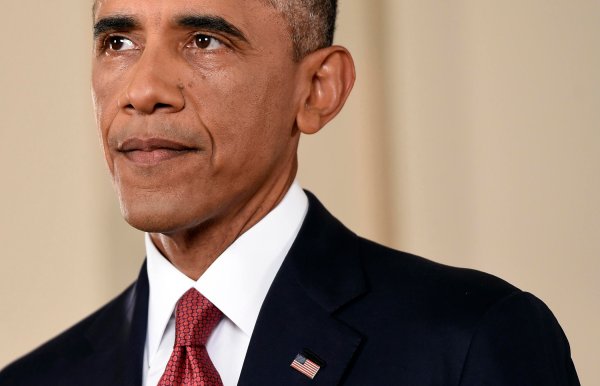 Obama's Breathtaking Expansion of a President's Power To Make War
Next Up: Editor's Pick