Who Is This Dame? How Joan Rivers Killed in the Clubs

Joan Rivers is honored with a Star on the Hollywood Walk of Fame on July 26, 1989, at Hollywood Boulevard in Hollywood
Ron Galella—WireImage/Getty Images
By Yael Kohen

When Joan Rivers emerged on the New York comedy scene in the 1960s, she was called a female Woody Allen. It may seem like a crazy comparison today, because if you’ve caught any of Joan Rivers’ act recently (or from the ’70s onward!) it’s hard to imagine Joan and Woody occupying the same comedy sphere. Joan Rivers is the queen of the celebrity takedowns with a career immersed in both the mainstream (the first permanent guest host of Johnny Carson’s “Tonight Show”) and the low brow (the doyenne of celebrity trash-talking on E!’s “Fashion Police”), while Woody Allen reigns as the king of neurosis, an auteur with a catalog of Oscar-winning indie hits. Aside from the fact that both are Jewish, they could not be more different.

But that wasn’t so in their early days, when Joan and Woody were finding their voices as up-and-coming comics making the rounds in the smoke-filled coffeehouses and cabarets of Greenwich Village. At the time mainstream comics were men in suits who delivered quick-fire zingers and did not talk about real life experiences.But with the 1960s rise of intimate, downtown folk music clubs, comedians—who were brought on between musical acts—talked to the audience dressed down as if they were friends in a living room. It was a new idea about how comedy should be presented: that it should be real and personal. The standups of this era would forever change how Americans viewed comedy. Woody Allen was emblematic of this movement. But so was Joan Rivers, the lone female standup of this new guard.

All that is to say that Joan Rivers was more than America’s most beloved (or sometimes reviled) insult comic. In fact, there are many ways Joan Rivers will be remembered: her cutting jokes about celebrities, her self-deprecating barbs, as the first (and last) woman to host a major network late-night show. But one of her most enduring legacies will be as the first female confessional comic, the matriarch that cleared the way for the likes of Margaret Cho, Kathy Griffin, Chelsea Handler, and the list goes on. The Joan Rivers of this era was the single woman in search of a husband who spun her neurotic routine into a stream of consciousness-type yarn. “My mother had two of us at home who weren’t, as the expression goes, moving,” starts one routine.

“Don’t ask. I’m from a little town called Larchmont where if you’re not married, you’re a girl and you’re over 21, you’re better off dead. It’s that simple, you know. And I was the last girl in Larchmont! You know how that feels? Sitting around my mother’s house 21, 22, 24, having a good time, living, eating candy bars, enjoying myself. But single? And the neighbors would come over—they’d say to my mother, ‘how’s Joan, still not married? Hahaha.’ And my mother would say, ‘if she were alive.’ You know how that hurts? When you’re sitting right there? When I was 21 my mother said, ‘Only a doctor for you.’ When I was 22, she said ‘alright a lawyer, a CPA.’ Twenty-four she said ‘we’ll grab a dentist.’ At 26 she said ‘anything.’ If he could make it to the door he was mine.”

Of course, Joan Rivers didn’t just explode on the New York scene fully formed. Like it is for all comedians, finding your voice is a long, hard process. Rivers often seemed more determined than anyone to make it in show biz, and she would do whatever it took. Among her greatest talents—one that she would carry with her throughout her fifty year career—was a keen sense of comedic zeitgeist. (Rivers, for example, had no compunction about getting raunchier as the culture called for it.) Though her career started in a series of fits and starts—she worked in standup, as an actress, in sketch comedy duos and trios—confessional comedy was where the future was at, and Joan Rivers wanted to be there.

At the time that Joan Rivers started, female standups were rare. The only other major comic working at that time was Phyllis Diller, famous for her rapid fire jokes about a fictional husband named “Fang.” It wasn’t easy for a woman to get up on stage and just talk. And were it not for Joan Rivers fierce determination—there were many naysayers—she might not have made it.

Raised in the cushy Westchester suburb of Larchmont, born Joan Molinsky, she graduated from Barnard with dreams of becoming an actress. Her first day in showbiz was in 1958 when she took the train from Larchmont to Grand Central Station. There she jumped into a photo booth and emerged with a string of pictures striking a variety of poses (sexy, sad, matronly); then she sat down at a Howard Johnsons to scour the listings in the theater publications Show Business and Actors Cues for opportunities, a routine she would continue for the next seven years.

Rivers picked up temp work to make extra cash, and hung out at the B&G, a coffeeshop on 7th Avenue, where coffee was 15 cents a cup and would-be actors, writers, and comedians would congregate to compare notes and use the phone. Over time she picked up bit parts in barely off-Broadway productions (in one, she was lesbian in love with a just-starting Barbra Streisand). But she wanted more stage time, and while at first she looked down at the comics who hung around the B&G, eventually she started to mix with them, too. Slowly she picked up work, at first using material she stole from acts she saw on TV and under the stage name Pepper January. Her first paying gig was at a Boston strip joint.

The more she performed the harder she worked. She taped every performance and then reviewed it the following day. Her early days were marked by her grit and determination to get ahead, sometimes so much so that she left a bad taste in the mouth of those that knew her, including Irvin Arthur, a big-shot nightclub booker who Rivers once worked for. “Joan Rivers was my secretary,” Arthur said in an interview for my book, “We Killed: The Rise of Women in American Comedy”:

In the beginning, Rivers struggled as a standup. Arthur says “I was never a fan of her performance.” And Fred Weintraub, founder of the Bitter End music venue, remembers: “I put her on a couple of Tuesday nights and nothing happened with her. She was telling jokes and the timing wasn’t right and it’d go nowhere. And what happened was I told her, I didn’t think she’d ever make it as a single. And I put her together in a group called Jim, Jake and Joan.” It didn’t work.

Still she was persistent. She started performing at the Duplex, a cabaret on Bleecker Street that was run by Jan Wallman and had a largely gay audience. At first Rivers sang during her act (“I’ll never forget what’s his name” was one song) but conversational comedy was what audiences and television bookers were clamoring for and Wallman told Rivers that if she wanted to perform she had to talk.

There were two events that helped bring it all together. The first was a stint at Second City, the Chicago-based improvisational comedy school. Though she did not relish her time there—she hated sharing the spotlight—the improv she did there helped shape her natural style. (“She found it difficult to improvise with most of the of guys because they wanted to get the laughs, and so did Joan,” said the former manager and director for Second City, Sheldon Patinkin. “Joan didn’t like the fact that they wouldn’t let her get laughs as much as she wanted to. And they felt the same way about her.”)

Today, this material may sound cliché. But we forget that in the 1950s, airing your dirty laundry in public was the ultimate taboo. Later, female comics would look at Rivers and poo-poo her act as nothing more than the soft serve of a social climber in search of a husband. But there was a moment when Joan River’s bawdy act was downtown’s must-see. Here was an attractive woman, in a little black dress and pearls, baring it all without ever popping a button. It was bold and edgy. There she was doing it first, which she would continue to do again and again.

Yael Kohen is the author of We Killed: The Rise of Women in American Comedy. 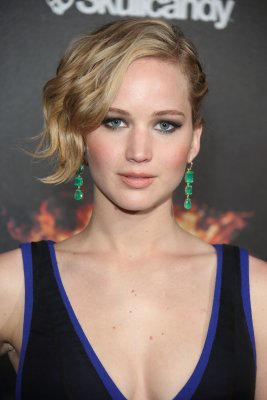 The Private Self(ie)
Next Up: Editor's Pick