Joan Rivers, RIP: Because Love Is Better Than Like

Joan Rivers was not for everybody.

This is not speaking disrespectfully of the dead. Not in this case, anyway, when the subject–Rivers, who died Sept. 4 after complications from throat surgery–was so masterful at speaking disrespectfully while alive. Most remembrances of Rivers will probably involve stories of people with cause to dislike her: Johnny Carson, the mentor who cut her off after she started a rival talk show; the celebrities she filleted on her Fashion Police segments; the endless targets of her poison zingers. (She stepped in controversy nearly up to the end, as in July when she referred to Michelle Obama as “a transgender.”)

And that’s why we remember her. Rivers didn’t need everybody to like her. Scratch that: Rivers needed not everyone to like her. She wasn’t about being fair or being a pleaser, and if she had an internal censor, it was a rubber stamp that said, “GO FOR IT!” She was a hoot and–as her documentary called her–a piece of work, but she was about being authentic. (Even if, as concerned her much-joked-about plastic surgery, it was authentically owning inauthenticity: “When I die, they will donate my body to Tupperware.”) She recalled Bill Cosby–responsible for her first Tonight Show booking–telling her, “If you make 1% of the entire world laugh, you’ll fill stadiums.”

That was a way of life for her, a way of comedy, even a kind of political statement. My colleage Eliana Dockterman wrote about Rivers as a feminist icon, and indeed she was the old-school embodiment of that new-school mantra for outspoken women attributed to Amy Poehler (via Tina Fey’s Bossypants): “I don’t f-cking care if you like it.”

She was a glass ceiling-smasher and she knew it, but there is something in her approach to her work that speaks, in general, to any entertainer, any person passionate about anything, any person living in the world. In any line of work, in any life, there are pressures to make people happy, to be unobjectionable, to be for everybody. Listen to those voices too much, and you’ll lose your own.

Not Rivers. She was 200% voice. There are already a million well-earned tributes out there to Rivers, her standup, her TV hosting, her commentary. But the example she set with her tongue-lashing career goes beyond those. Rivers’ lesson is not to be nasty, necessarily; not all of us have the gift to get away with insult comedy. Not to be rude, if that’s not your thing. But to be specific. To be you.

There was plenty not to like about Joan Rivers. In the end, that was what there was to love about her. RIP. 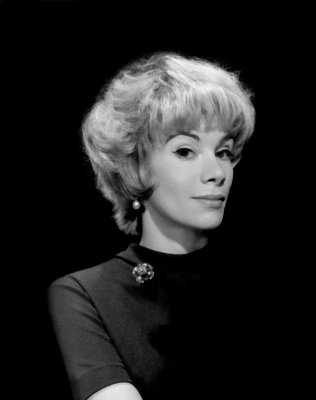