Under Armour kicked off its new multi-million dollar women’s campaign with an advertisement featuring ballerina Misty Copeland. The video of the American Ballet Theater soloist dancing, as a young girls’ voice read a rejection letter to a dance program in the background, went viral. “I will what I want,” the campaign slogan read.

For its next commercial in the series, Under Armour turned to a more familiar face: supermodel Gisele Bündchen. When the company initially announced the partnership, some responded on social media with skepticism: A ballerina is arguably an athlete, but a model? Under Armour embraced the controversy in the new ad, which shows the insanely fit Gisele pummeling a punching bag while critical tweets like “Stick to modeling, sweetie” and “Gisele is soooo fake” flash behind her.

“This incredibly inspirational initiative serves as a powerful reminder of all the amazing things women can do despite the pressures and criticisms we may encounter,” Bündchen said in a statement. “Having the strength to tune out negativity and remain focused on what I want gives me the will and confidence to achieve my goals.”

Though Under Armour has long been known for ultra-masculine commercials featuring football players, the new campaign—which includes Copeland, Bündchen, and Lindsey Vonn—aims to rebrand the athletic company as a place where empowered women can shop for high-endurance and fashionable gear. It’s a smart move for Under Armour: they currently only make 30% of their sales to women, even though women-focused yoga brands like Lululemon Athletic are raking in $1.6 million per year.

Under Armour hopes its new campaign will help it to cannibalize Lululemon and Nike’s yoga pants and women’s sneaker sales. 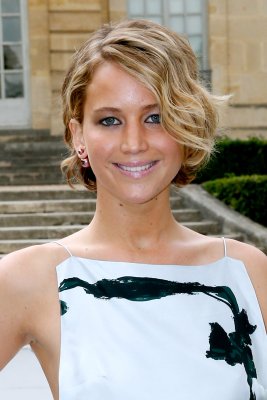 Hacked Celebrity Pics Should Not Be an Excuse To Throttle Our Free and Open Internet
Next Up: Editor's Pick