Federal Communications Chairman Tom Wheeler gave an impassioned speech Thursday, saying it’s “intolerable” that 75% of Americans have no choice between Internet Service Providers offering fixed broadband at speeds fast enough for modern use. Wheeler also called for the government and industry to “do everything in our power” to increase competition among ISPs like Comcast and Verizon, and to create a robust public policy that protects a vibrant, dynamic, and open Internet.

On the surface, Wheeler’s speech hit all the right notes with tech entrepreneurs, open Internet advocates and consumer rights groups. But behind the scenes, it was met with a dose of cynicism.

Critics pointed out that Wheeler has previously sworn allegiance to popular concepts like “net neutrality,” the notion that ISPs must treat all web content equally, while simultaneously advancing federal rules that many tech entrepreneurs decry for betraying that concept. Advocates have submitted a record-breaking 1.3 million comments to the FCC in recent months over the issue, many of which pan Wheeler’s version of “net neutrality” rules.

Similarly, Wheeler’s fervent call for more competition–“competition, competition, competition!” he said repeatedly during his speech–in the broadband market was met with approval from most in the audience. But it seemed to some consumer advocates to be disingenuous in a climate where the FCC is widely expected approve of a massive planned merger between Comcast and Time Warner Cable in the next six months.

“The real proof will be in the agency’s actions and not just its speeches,” wrote advocacy group Free Press’ policy director, Matt Wood, in a prepared statement.

In one part of his speech that will likely draw support from many in the Internet advocacy community, Wheeler re-defined high speed broadband Internet as having download speeds of at least 25 megabits per second (mbps). The FCC’s official definition is still only 4mbps, which doesn’t make sense, Wheeler said, in a world where it takes 5mbps to download a single high-definition video, much less to access streaming apps for educational or healthcare purposes.

Quibbling over the definition of high speed broadband matters in this highly politicized space. Broadband service providers often claim at Congressional hearings and in legal filings that they have lots of competition from other ISPs, but they cite as examples rival companies that offer what most Americans would consider unacceptably slow service. For example, in the legal filing for its proposed merger with Time Warner Cable, Comcast claims that it’s engaged in “robust competition” with telecom and mobile phone companies, many of which offer DSL or other services with download speeds significantly slower than 25 mbps.

On this point, Wheeler was clear: “At 25mbps [download speeds], there is simply no competitive choice for most Americans,” he said, unequivocally.

Wheeler, who spoke at 1776’s start-up space in downtown Washington, D.C., spent a good portion of his speech laying out what he called his “Agenda for Broadband Competition.” It centers on not only encouraging competition between existing broadband service providers, but also creating new competition—a turn of phrase that seemed to suggest that the FCC may move more actively into citizen-supported municipal broadband.

“Where meaningful competition is not available, the commission will work to create it,” Wheeler said. He also cited recent petitions asking the FCC to review recent laws, most of which were underwritten by local cable and telecom companies, that make it illegal for cities to create their own broadband. Eliminating such local laws would allow municipalities, like Chattanooga, Tennessee, to build and maintain their own Internet networks, competing directly with incumbent telecom and cable companies–a highly controversial idea in this space.

Wheeler also pointed to the fact that in cities where Google Fiber has begun offering super-fast gigabit download speeds, local cable and telecom companies, which have balked in the past at the cost of investing in faster networks, have recently increased the speeds of their service. He added that while the majority of Americans have access to 100mbps download speeds, that’s just not enough.

“Just because Americans have access to next generation broadband doesn’t mean they have competitive choices.” 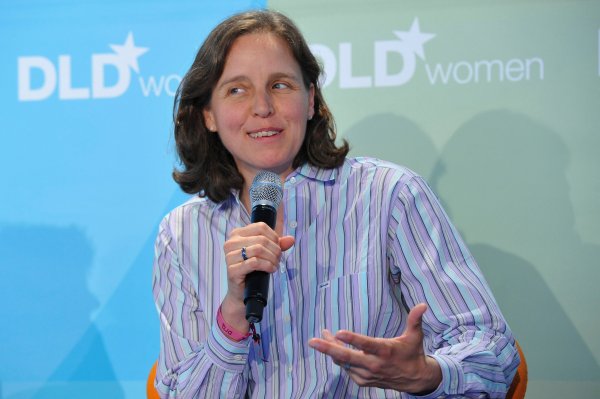