American Weakness Is Glaring at the U.S Open

A general view of Arthur Ashe Stadium on Day Eight of the 2014 US Open at the USTA Billie Jean King National Tennis Center on Sept. 1, 2014 in the Queens.
Julian Finney—Getty Images
By Sean Gregory

Thursday night’s Roger Federer-Gael Monfils match, in the quarterfinals of the U.S. Open, should be a beauty. Federer, 33, is trying to give the New York crowd one final — maybe — ride to a title. He’s the sentimental favorite. Monfils, a thrilling player, is on the verge of delivering on his promise, and truly contending for a Grand Slam. Novak Djokovic and Kei Nishikori are already through to the semis. Marin Cilic and Tomas Berdych are fighting for another spot Thursday afternoon. There’s plenty of talent, plenty of reason to watch.

And not an American in the bunch.

American tennis, particularly on the men’s side, has been in decline for quite some time. But right now, it’s at a low point. Only twice in the 134-year history of the U.S. Open has an American man failed to make the fourth round — this year, and last year. The last American man to win a Grand Slam title was Andy Roddick, back in 2003.

The American women are more encouraging. Serena Williams, 32, is still on top, and she has cruised into this year’s Open semis. And while she was the only American woman to reach the fourth round, a stable of younger players offer promise. For example, 15-year-old CiCi Bellis became the youngest player to win an Open match since 1996.

Still, the overall lack of results are glaring. And someone had to pay. Patrick McEnroe, head of the United States Tennis Association’s player development program, announced on Sept. 3 he was resigning from the post. McEnroe is an affable TV commentator, but his media commitments were a sore spot. How can someone be fully dedicated to developing players while holding down such a high-profile second job? The USTA, a non-profit organization, was reportedly paying McEnroe top-dollar: Nearly $875,000 in 2012, according to financial documents, and more than $1 million for each of the prior two years.

The bottom-line: McEnroe wasn’t delivering on the investment. He lives in the New York, while the USTA’s main training center is in Florida. The USTA is building a new $60 million facility in the Orlando area, and even McEnroe admits that his replacement should be based in central Florida.

Whoever gets the gig faces a harrowing challenge. Young athletes see so many Americans thriving in other sports. So why pick up a racquet? “Success breeds success,” says former U.S. pro Justin Gimelstob, a board member of the ATP tour. “Doubt breeds doubt.” Gimelstob says he’s in no position to second-guess McEnroe. “I don’t believe that systems create stars,” says Gimelstob. “Star players are unique. We can’t be looking for the USTA to create a U.S. Open champ. But a system can nurture talent.”

Gimelstob, naturally, is confident. “It will turn around,” he says. “We have the resources. The tennis landscape has changed. More people are playing around the world — it’s gotten so much more competitive. We had been on top for so long. Now we just have to fight five times as hard to get it back.” 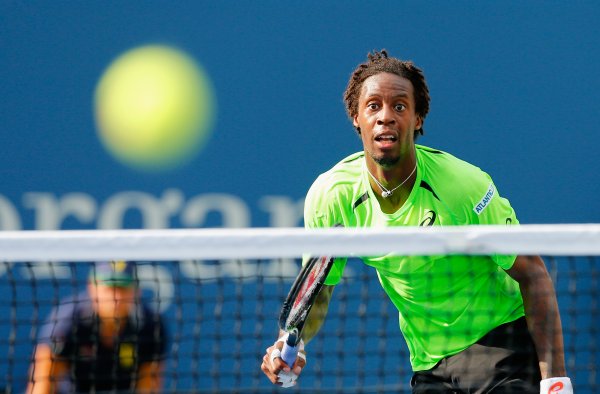 Why You Should Pay Attention to Tennis Player Gael Monfils
Next Up: Editor's Pick