Your Favorite Websites Are Protesting Against Internet 'Slow Lanes'

A screen displays the logo of the open-source web browser Firefox on July 31, 2009, in London, as the software edges towards it's billionth download within the next twenty four hours.
Leon Neal—AFP/Getty Images
By Jack Linshi

Net neutrality activists received a huge new show of support Thursday when major Internet companies including Mozilla, Reddit and Foursquare announced they would join a “day of action” to argue that proposed federal Internet regulation could result in slower speeds for some users.

Fight for the Future, an Internet advocacy group, unveiled the names of the companies—which also include Etsy, Kickstarter and WordPress, among others—that will display a “spinning wheel of death” on their sites on Sept. 10, according to the group’s blog. The loading wheels will symbolize what surfing the web could be like if the rules proposed by the Federal Communications Commission in April go into effect, argues Battleforthenet.com, a site maintained by several Internet advocacy groups.

Under those rules, some advocates argue, Internet Service Providers like Comcast or Verizon would be allowed to create a two-tiered Internet: a “fast lane” for customers or corporations willing to pay fees for faster speeds, and a “slow lane” for those that aren’t. Activists say that would violate the principle of net neutrality, in which all broadband traffic is treated as equal.

The net neutrality proponents are pushing FCC Chairman Tom Wheeler to reclassify Internet service as a telecommunications service under Title II, which would require ISPs to deliver all content at equal speeds. Several tech giants—including Google, Facebook, Amazon and LinkedIn—signed a letter in May stating their opposition to the FCC’s April proposal, which some believe could create the so-called fast and slow lanes.

Internet companies previously banded together in similar fashion to stage a virtual demonstration in 2012, when Google censored its logo, and Wikipedia and Reddit “blacked out” their webpages to protest the Stop Online Piracy Act. Policymakers framed the bill as an anti-piracy measure, but activists argued it would destabilize the Internet and stifle freedom of speech. SOPA was soon tabled by its author.

If widespread outcry can successfully pressure lawmakers again, then it appears the general public is already on track. A recent report by the Sunlight Foundation shows that of all the public comments recently sent to the FCC, less than 1% clearly opposed net neutrality. 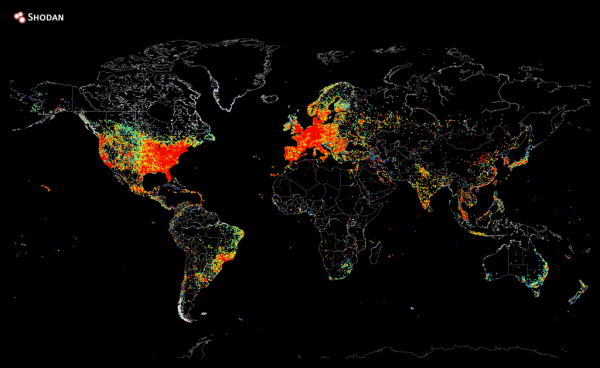 See Every Single Device Connected to the Internet
Next Up: Editor's Pick