There’s a reason the items you see in an IKEA catalog look so ridiculously appealing — it’s because the Swedish furniture chain uses 3D rendering technology to create digital models of the products.

To play on the fact that browsing an IKEA catalog is a sort of holistic sensory experience, the company has created this clever new ad, which skewers Apple’s notoriously over-the-top product commercials. The result is hilarious, and the jokes really just write themselves.

“The 2015 IKEA catalog comes fully charged, and the battery is eternal,” says an exec named Jörgen Eghammer, also known as Chief Design Guru. He explains that this catalog is not a digital book or an e-book, but a bookbook. “The navigation is based on tactile touch technology that you can actually feel,” he adds.

We’ve seen plenty of good Apple commercial parodies before, but IKEA definitely gets major points for this promo. 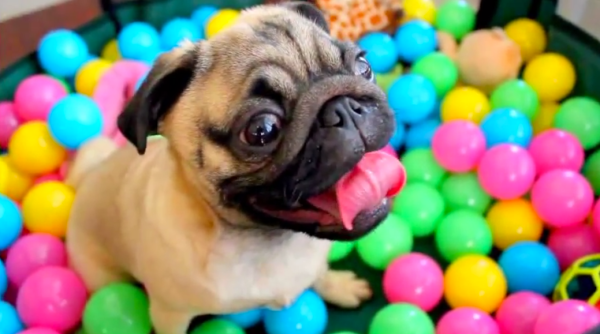 None of Us Will Ever Know Joy Like This Pug Playing in a Ball Pit
Next Up: Editor's Pick