Finally, Some Hard Science on Medical Marijuana for Epilepsy Patients

Matt Figi hugs his 7-year-old daughter Charlotte inside a Colorado greenhouse. The plants are a special strain of medical marijuana known as Charlotte's Web, which was named for Charlotte after she used the plant to treat epileptic seizures
Brennan Linsley—AP
By Kate Pickert

For years, some parents have turned to medical marijuana to treat their children’s debilitating epilepsy, crediting the drug with dramatically reducing seizure activity. A groundbreaking clinical trial about to begin recruiting test subjects may finally provide some science to back their claims.

In what is believed to be the first study of its kind, researchers at the University of Colorado Anschutz Medical Campus will study the genes of those with a kind of epilepsy called Dravet Syndrome who have been treated with a strain of medical marijuana known as Charlotte’s Web. The study will attempt to determine if specific genetic components can explain why some epilepsy patients see positive results from ingesting Charlotte’s Web, while others do not.

The plant, grown by five brothers in Colorado through a non-profit organization called Realm of Caring, is low in THC, the compound that produces marijuana’s psychoactive effects, and high in CBD, a compound believed to reduce seizures in those suffering from certain forms of epilepsy. It is administered to epilepsy patients, including many children, in the form of an oil. The plant is named after Charlotte Figi, a young girl who was the first epilepsy patient successfully treated with the strain.

While anecdotal evidence suggests Charlotte’s Web can be highly effective in treating such conditions, scientific investigation of the product has been stymied by federal drug laws that severely limit marijuana research. Edward Maa, the principal investigator of the Charlotte’s Web study, says the new trial could be a first step toward building a body of research on how and why medical marijuana can be used to treat epilepsy. “This is the first attempt to get the information people are interested in that is observational in nature,” says Maa, an assistant professor at the CU School of Medicine and chief of the Comprehensive Epilepsy Programs at Denver Health.

The new study will recruit epilepsy patients who have already taken Charlotte’s Web. The patients will be divided into two groups—those who have seen seizure activity reduced by at least 50 percent on Charlotte’s Web and those who have had less dramatic or no results from taking the marijuana oil. Genetic analysis of the patients in both groups will then be performed in hopes of discovering what genetic components may cause a patient to be responsive to medical marijuana. Interventional studies, in which patients would be given Charlotte’s Web to measure its efficacy, are far more difficult to conduct. “That would be the Holy Grail,” says Maa.

Still, researchers on the CU Anschutz team will collect data on dosages used by patients in the study, for example, which could allow for further research down the line. “The more data we are able to collect in a large sample, the closer to the truth we will get,” says Maa. He says the study could allow children with Dravet Syndrome to be genetically screened before taking Charlotte’s Web so parents could know ahead of time if their children would benefit. It’s possible to conduct the study in Colorado because Charlotte’s Web is grown there legally and is home to many families who have moved to the state to specifically to access the marijuana strain.

“Do you uproot and move your entire family to not have an effect? I think this could be very helpful to answer this question,” says Maa.

Recruiting for the new study will begin within a month and data will be collected until February 2016.

Correction: The original version of this story misstated the location where a study on medical marijuana will take place. It is the University of Colorado Anshutz Medical Campus. 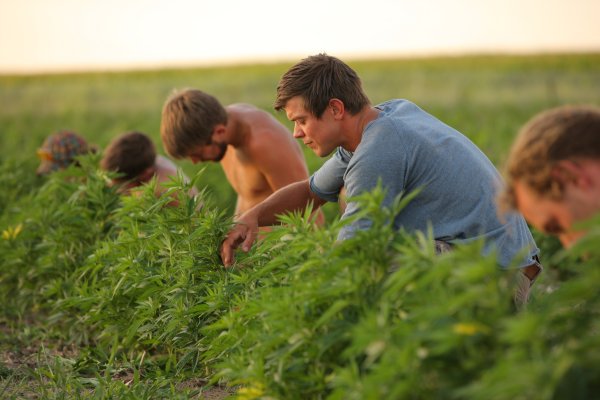 The Government Wants to Buy a Pot Farm
Next Up: Editor's Pick