Biden Says U.S. Will Follow ISIS 'to the Gates of Hell'

U.S. Vice President Joe Biden speaks during the Civil Society Forum on the sideline of the U.S.-Africa Leaders Summit in Washington, D.C., on Aug. 4, 2014
Jewel Samad—AFP/Getty Images
By Maya Rhodan

Vice President Joe Biden said Wednesday that the U.S. will follow the militant group Islamic State of Iraq and Greater Syria (ISIS) “to the gates of hell,” in remarks just a day after an ISIS video showed the beheading of a second American journalist.

“If they think the American people will be intimidated, they don’t know us very well,” Biden said during a speech at the Portsmouth Naval Shipyard in Kittery, Maine, in which he referred to ISIS militants as “barbarians” who should reside in hell.

“The American people are so much stronger, so much more resolved than any enemy could fully understand,” Biden said. “As a nation we are united, and when people harm Americans we don’t retreat. We don’t forget.”

“Our objective is to make sure that [ISIS] is not an ongoing threat to the region,” Obama said. “And we can accomplish that.” 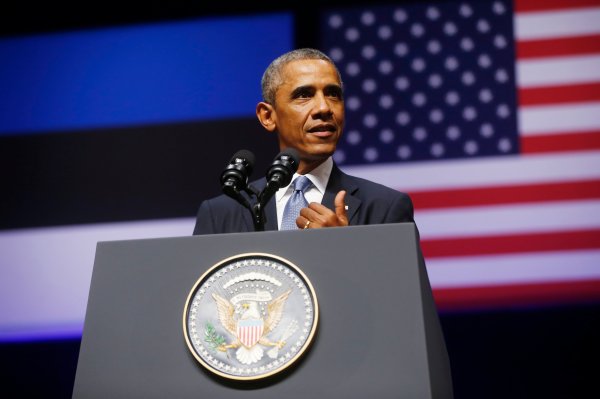 Obama Offers Muddled Message to Europe in Face of Crises
Next Up: Editor's Pick