Republicans Use ISIS for Campaign Fodder as Midterm Elections Loom

The Islamic State of Iraq and Greater Syria (ISIS) has come to the campaign trail.

With the Senate up for grabs in this fall’s midterm elections, Republican candidates are knocking President Barack Obama’s failure to stop the militant group and looking to tie their Democratic opponents to the Administration. Republicans are making particular hay of Obama’s comment last week—quickly walked back by the White House—that “we don’t have a strategy yet” for fighting ISIS.

In the week since then, New Hampshire Republican Senate candidate Scott Brown, the former Massachusetts senator, has gone on an ISIS offensive, hitting the airwaves on Fox News and local TV to rip Obama and incumbent Democrat Jeanne Shaheen, a member of the Senate Foreign Relations Committee. Brown has touted a bill he introduced while in office that would revoke the U.S. citizenship of Americans who join foreign terrorist organizations like ISIS.

“These people want to plant a flag in the White House,” Brown said of ISIS on Fox. “They want to march down Pennsylvania Avenue, they want to come through our porous borders if they’re not already here and they want to create havoc and kill our citizens.”

Shaheen has fought back against the foreign policy criticism. After the ISIS execution of American journalist Steven Sotloff on Wednesday, her campaign released a statement saying “we must use every tool at our disposal, short of introducing ground forces in combat roles” to stop ISIS. And a week after ISIS killed American journalist James Foley, who like Sotloff had ties to New Hampshire, Shaheen called on the Treasury and State departments to do what they can to disrupt the terrorist group’s finances.

Other Republican candidates, including Georgia’s David Perdue, have also seized on ISIS as a campaign issue. Perdue, who is running against Democrat Michelle Nunn, released a statement Tuesday on “Obama-Nunn’s foreign policy failures”—even trying to link Obama’s “no strategy” comment to a leaked Nunn campaign memo which described her position on Israel “to be determined.”

Republicans have found it easier to take shots at the President than it is to suggest alternative courses of action, however. After the Obama’s “no strategy” comment, Alaska Republican Senate candidate Dan Sullivan said the Administration owes Congress a “strategic plan to reverse the spread of terrorism in the region,” but didn’t say what that plan might be.

While ISIS has hardly dominated campaign messaging, the topic could feed into broader critiques of Obama’s foreign policy. A recent Pew poll found that 54% of Americans think Obama isn’t tough enough on foreign policy, while 36% his approach is about right.

“[Voters] don’t focus on Ukraine specifically or on Putin or ISIS,” Nicole McClesky, a partner with the Republican polling firm Public Opinion Strategies, told the Fiscal Times. “They see it as a weakening of America abroad and a lack of respect for the United States along with the instability and insecurity that creates.”

“There may be some talk on the stump, but I don’t see candidates putting it into advertising,” Duffy said. “In terms of political implications, Obama’s comments simply feed the larger message that the Administration isn’t competent, or more kindly, lacks direction, on a host of issues.” 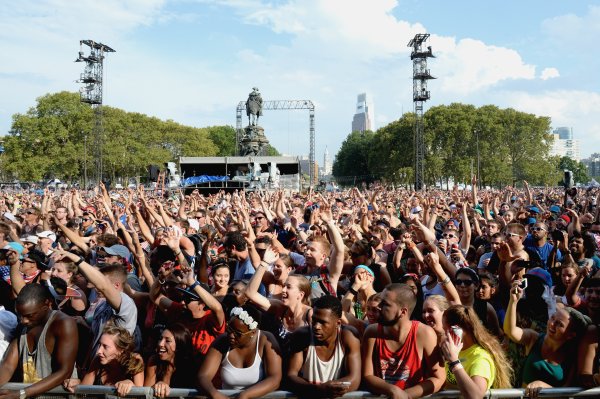