Meet Clint Youle, One of the World's First TV Weathermen

Weather presenters are a special breed, often adored for their catchphrases (see, for example, Al Roker’s “Here’s what’s happening in your neck of the woods”) and their hilarious on-air mishaps.

On this day 63 years ago, TIME profiled one of the world’s very first TV weathermen, Clint Youle. Though he spent much of his life as a beloved weather icon, he “got into television almost by accident,” as the 1951 article points out. He got his start as a radio newswriter, but transitioned to television in 1949 when Chicago station WNBQ was seeking someone to do on-air forecasts. He’d taken a three-month meteorology course in the Army — and that was enough to land him the gig. As TIME reported, he soon developed a shtick that gained him quite a following:

By 1951 — only a few years after Youle got the job — the gig had grown to two local weather shows and a 45-second spot twice a week on John Cameron Swayze’s network telecast. By then, Youle’s salary had spiked to $40,000 a year.

In 1999, Youle died at age 83. The New York Times credited him as the very first person to present the weather on a national television news program. The Daily Show even did a bit to honor him, in which Jon Stewart attempted to maneuver his way around a weather map. Turns out it’s harder than it looks. 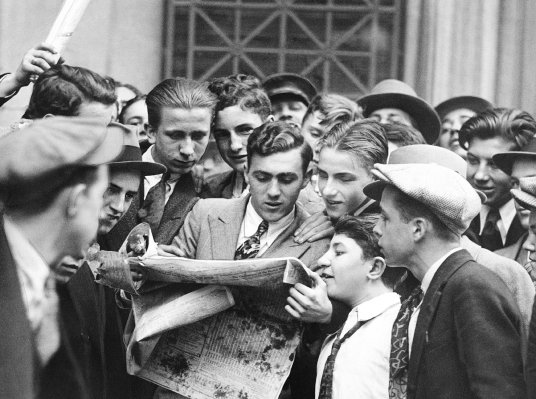 The Worst Stock Tip in History
Next Up: Editor's Pick