'Microaggression' Is the New Racism on Campus

Think everyday, interpersonal racism is a thing of the past? In progressive politics, most of the action has moved on from the Civil Rights struggles of the past to a focus on societal or “structural” racism. But, wait, not so fast — there’s a new word on the street that the old-style social racism is still with us, 24/7. That word is: microaggression. And you’re about to start hearing it everywhere.

A student at McGill University recently had to apologize publicly for the “microaggression” of “emailing a doctored video of President Obama kicking open a door” as part of a joke about midterms. Campus newspapers have begun denouncing the evils of such small, apparent slights.

Here’s what they are: The concept of microaggression has leapt from the shadows of academic writing into the bright light of general conversation, especially in the wake of widely consulted work by professors Derald Wing Sue and Madonna Constantine over the last seven or so years. Microaggressions, as these academics describe them, are quiet, often unintended slights — racist or sexist — that make a person feel underestimated on the basis of their color or gender.

The idea is that whites should now watch out for being microaggressors, in the same way that they learned long ago not to be racist in more overt ways. Importantly, the microaggressor is quite often a “goodly” person, of the kind we assume is too enlightened to pop off with racist or sexist insults.

The black journalist Toure has recounted, for example, being in a writer’s program and being asked by a prominent literary critic “So why are you here?” The critic didn’t ask in a hostile way, but the question itself carried an implication that there was some reason that his presence was unusual, and it was obvious what the factor was. The critic likely had no idea how that came off, and of course Toure went on to have a fine life. But this was, nevertheless, a microaggression.

As was when a middle school teacher praised a feminist friend of mine for having made the highest math score of any girl in the class. Or when I once asked a linguist a question about their presentation, only for him to repeatedly give me an answer I wasn’t seeking. The problem was that he spontaneously assumed I wasn’t familiar with the basic grammatical topic he was covering, when I, as familiar with it as any linguist of 25 years’ standing, was interested in a more specific matter. This man was not a “racist” by any stretch of the imagination, but he was spontaneously assuming that a black linguist must only be interested in societal issues rather than the wonky mechanics of grammar.

Of course, I’ve been just fine since, too. In fact, some might see this whole microaggression concept as just a way to keep grievance going in an America where it gets ever harder to call people on naked bigotry. “Life is tough for everybody,” you might think. “When does all of this ‘poor me’ stuff stop?” One need not be a racist or sexist to have that sentiment, especially given that the nature of microaggressions — subtle, unintended, occurring in the hustle and bustle of social interaction — is such that they will never cease to exist entirely.

Perhaps there is value in fostering an awareness of such things, in the name of our society becoming ever more enlightened. It’s comforting that the term is at least microaggression. It acknowledges that change has occurred, that we are dealing with something smaller and less starkly egregious than name-calling and formal exclusion. That’s better than just calling all of it, from cross-burning to asking a black person if you can touch their hair, “racism” (which has always been sloppy and counterproductive).

However, there is something equally counterproductive about the microaggression concept, at least as it is currently being put forth. The scholars promoting this concept claim that it is a microaggression even when someone says “I don’t see you as black,” or claims to be colorblind, or purports not to be a sexist, or in general doesn’t “acknowledge” one’s race membership or gender.

But let’s face it — it’s considered racist for whites to treat any trait as “black.” If we accept that, then we can’t turn around and say they’re racists to look at black people as just people. That particular aspect of the microaggression notion seems fixed so that whites can’t do anything right.

One can’t help sensing a notion that this would be perhaps “payback” for whites and the nasty society they stuck us with. But all it does is create endless conflict, under an idea that basically being white is, in itself, a microaggression.

That, however, is neither profound nor complex — it’s just bullying disguised as progressive thought. Let’s call it microaggression when people belittle us on the basis of stereotypes. Creating change requires at least making sense. 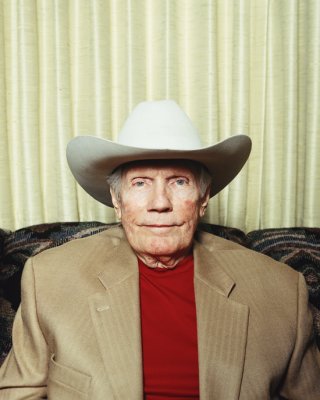