Murdered Journalist Sought to Give Voice to the Voiceless

Right from the start of the Syrian civil war, in March 2011, reporting from inside the country meant facing an unusually high level of danger. And as the country’s Arab Spring–inspired uprising morphed into a bloody, sectarian-tinged stalemate, the risks to journalists working there grew. That didn’t stop reporters like Steven Sotloff, who is believed to have been beheaded by the militant group the Islamic State of Iraq and Greater Syria (ISIS) in Syria after spending more than a year in captivity, from risking their lives to tell the stories of Syrians trapped in the middle.

Sotloff leaped into the tumult of the Middle East with a passion for reporting the details of daily life in the middle of momentous change. He referred to himself on Twitter as a “Stand-up philosopher from Miami” and was known as an “easy-going, jovial and kind-hearted guy,” according to one of his closest friends, Barak Barfi, a research fellow at the New America Foundation. Barfi says he and Sotloff shared a love for U.S. sports teams as well as the Middle East, and often worked together as the Arab Spring took off in 2011. Sotloff, says Barfi, was drawn to the Middle East not by the wars and the battles, but by the opportunity to “give a voice to the people who didn’t have one. He always wanted to bring out the humanitarian aspect of a story.” That desire led Sotloff to Yemen, where he studied Arabic, and to Egypt, Bahrain, Libya, Turkey and eventually Syria. His stories focused on small human details rather than epic battles. And he was never content to take the obvious tack, notes Barfi. “He always said there were two sides to every story, and he was not ready to condemn a person without hearing what he had to say.” Sotloff, says Barfi, wasn’t just interested in getting a big interview: “He wanted to understand what made a man tick.” That desire took him to places few journalists would visit, and turned into powerful stories that brought distant conflict to life.

Sotloff grew up in Florida and attended boarding school in New Hampshire, where he got his start as a journalist while working for the school newspaper. He returned to Florida to go to university, where he continued with journalism at one of the University of Central Florida’s student newspapers. He left in 2005 to pursue journalism full time, moving to the Middle East to learn Arabic. Dedicated as he was to the events buffeting the region, he never lost touch with his favorite hometown team, tweeting frequently about the Miami Heat. At one point he wondered out loud on Twitter: “Is it bad that I want to focus on #syria, but all I can think of is a #HEATFinals repeat?”

Sotloff was a committed reporter, eager to get to the source of stories. He was careful but was rarely frightened of the dangers of reporting in the Middle East. He knew where the red lines were, says Barfi, who also served as the Sotloff family spokesman while Sotloff was in captivity. Sotloff knew militants who had gone on to join ISIS, says Barfi, and he had heard enough about the group to avoid them. It was one of the few subjects he wrote about from a distance. “He knew about ISIS and the dangers they posed for Westerners and Syrians, that was one of the few topics he wouldn’t touch in person.”

Sotloff’s parents and supporters elected to keep his kidnapping out of the news in the hopes it would aid his release. But on Aug. 19, ISIS released a video of the beheading of American journalist James Foley; the video showed Sotloff kneeling in the desert and the ISIS member who appeared to have executed Foley said that Sotloff could be ISIS’s next victim. A week later, Shirley Sotloff, his mother, issued a video plea to ISIS chief Abu Bakr al-Baghdadi to “grant amnesty” to her son.

Her request went unmet. In the video of Sotloff’s beheading, Sotloff describes himself as “paying the price” for the U.S.’s decision to strike ISIS targets in Iraq. It was most likely a statement made under duress, says Barfi. “Steve would never subjugate himself to making such a statement against the United States if he weren’t coerced into it.” Referring to reports that Foley may have been waterboarded while in captivity, Barfi suggests that Sotloff likely received the same treatment. “We know the torture these guys were subjected to.”

Sotloff and I reported together briefly in Bahrain in February 2011, as Bahraini citizens first rose up in protest against their government. He was generous with his contacts and was eager to share stories of people he had encountered while reporting. Proficient in Arabic, he even helped translate for reporters with rival organizations. We stayed in touch via email over the years, especially once he started writing pieces for TIME, but we never met in person again. The last time I heard from Sotloff, he had just returned from Libya, where he had managed to interview seven of the Libyan security guards who had been on duty at the U.S. mission in Benghazi on the night of the attack that killed Ambassador J. Christopher Stevens. It was a journalistic coup, and he produced an excellent account of the events of that night that contributed to the national conversation about the events in Benghazi. But Sotloff fretted that the politics of the issue had taken away from the personal accounts. “I should have written a feature piece about one of the guards and his emotions,” he told me in an email. For Sotloff, getting those personal stories was what journalism was all about. And, as for any reporter, the only way he could get them was by being on the ground. 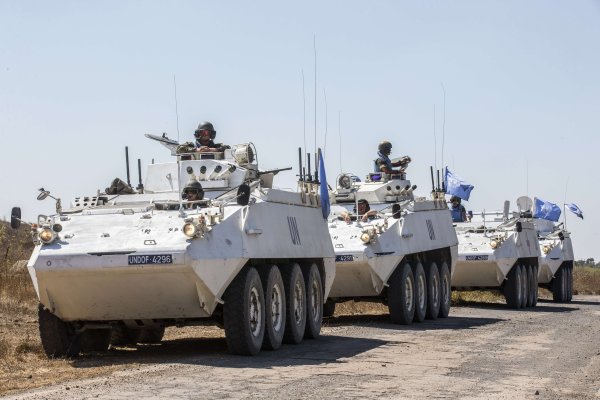